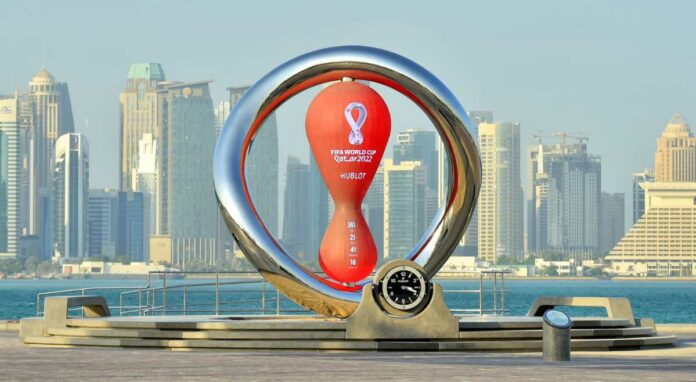 The use of the concept of sports diplomacy has increased in the past two decades, and it has come to occupy a place within the evolving world of public diplomacy; To form a basis for building long-term relations between peoples. There has been some agreement that sport has become a means to achieve the foreign policy goals of countries, build their soft power, shape their mental image, and put political issues on the international agenda.

One of the biggest successes of Qatari sports diplomacy was winning the bid to host the 2022 FIFA World Cup; This world championship is the most media-attracting sporting event in the world, as football is the most popular game in the world. Without a doubt, Qatar’s sports diplomacy is a unique strategy, as it bore unparalleled success when, in December 2010, FIFA awarded the Gulf state to host the 2022 World Cup. Thus, Qatar became the first Gulf, Arab, and Middle Eastern country in history to host the World Football Finals, which is the largest football gathering in the world and enjoys a sweeping public follow-up all over the world without exception.

On the other hand, shortly after the FIFA World Cup Finals in Qatar, Iraq will host the Gulf Cup. On June 30, 2022, the Gulf Cup Federation voted unanimously to host Basra for the 25th edition of the Gulf Championship, to be held in early 2023, for Iraq to host the tournament for the second time after hosting it in 1979 in Baghdad.

This research paper seeks to study the concept of sports diplomacy and Qatar’s investments as a successful model in the field of soft power and sports diplomacy. Finally, some political proposals are made for Iraq, especially since it will host the 25th Gulf Cup at the beginning of 2023.

After World War II and after the first live television broadcasts at the Olympic Games in Rome in 1960, along with the emergence of concepts such as soft power, modern diplomacy, and public diplomacy,  sports gradually became an effective and flexible tool in foreign policy. Soft power is a term used by some major countries to have a global influence away from the military influence that characterizes those countries as superpowers. The most important elements of soft power are media, art, tourism, and the economy, and recently sports have entered to form an important component of soft power.

Many countries, especially small ones, are focusing on soft power as a strategy that helps them present themselves as a globally influential country through the media, tourism, economy, or even sports.

“Soft power” is often understood as the ability to achieve objectives in the realm of foreign policy by persuading and attracting sympathy from other actors, and the ability to achieve what is required based on the voluntary participation of allies using gravity rather than credit. In this way, it represents the attractive force of the economic, political, cultural, educational, scientific, and technological achievements, and one of the important structural elements in soft power and its public diplomacy is undoubtedly sport, which as a phenomenon with a global scope performs many social and political functions such as spreading healthy lifestyles.