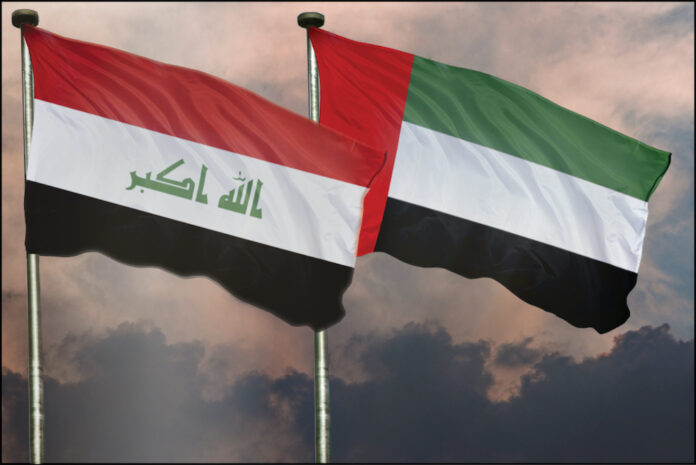 The relationship between the UAE and Iraq dates back to 1971, Iraq was one of the first countries that supported the independence of the United Arab Emirates during the reign of Ahmad Hassan al-Bakr.

After strengthening relations during this period, the UAE tried to gain Iraq’s support in its regional and international issues, such as confronting Iran. On the other hand, in the 1980s, the UAE supported Iraq in the Iran-Iraq war, especially in economic terms.

In 1991, the United Arab Emirates joined Saudi Arabia and other Gulf Cooperation Council countries in condemning Iraq’s invasion of Kuwait 1990. Therefore, provided facilities for the West and helped to liberate Kuwait.

At the beginning of the new century, the UAE reopened its embassy in Baghdad which was closed for ten years following Iraq’s invasion of Kuwait in 1990. Also, the Iraqi embassy in Abu Dhabi was established by the official announcement of the resumption of diplomatic relations between the two countries after a 10-year break in July 2000. But relations faced ups and downs and other challenges until the fall of Saddam Hussein.

With the fall of Saddam Hussein and the beginning of a new era after 2003, the UAE was one of the top 12 financial sponsors of the Iraqi Governing Council for the renewal of the country.

The UAE cancelled almost $7 billion of its debt, including interest and arrears to Baghdad. However, various variables and factors caused the UAE to be more cautious in its relations with Iraq.

Supporting the partial lifting of international sanctions, withdrawal from the seventh chapter, complete desire for Iraqi sovereignty and territorial integrity, and Iraq’s return to the Arab community have been parts of the UAE’s approach to Iraq for the past two decades. Since the killing of the Egyptian ambassador in Iraq in 2005, Arab countries such as the UAE were thinking of leaving Iraq. The United Arab Emirates also withdrew its top envoy from Iraq in May 2006 after one of its diplomats was kidnapped, and lowered the level of its  representation in Iraq

The visit of Abdullah bin Zayed Al Nahyan to Baghdad on June 5, 2008, was the first visit of a high-ranking official from the Gulf Cooperation Council to Iraq since March 2003.  In this regard, Al Nahyan officially invited Prime Minister Nouri al-Maliki to visit the UAE. Therefore, in June 2008, the Iraqi government announced that the UAE would send its ambassador to Baghdad. This was the first Arab ambassador in Iraq after the announcement of the return of ambassadors in 2005.

The UAE’s view of Nouri Maliki’s government was the pursuit of the policy of “exclusionary, sectarian and marginalizing” a part of the Iraqi people. Many in the UAE thought that this approach would help escalate the situation, and increase political tension and security bloodshed in Iraq.

In the meantime, in the declaration field, attention to the independence and unity of Iraq, refusing to interfere in its internal affairs, and the need for a comprehensive political approach to resolve disputes and form an inclusive government have also been important for the UAE. With Prime Minister Dr. Haider Al-Abadi’s visit to the UAE in response to the official invitation, a new era of strengthening relations began. Abu Dhabi sought to adopt a more realistic approach in dealing with regional issues, new risks and common areas of approximation.