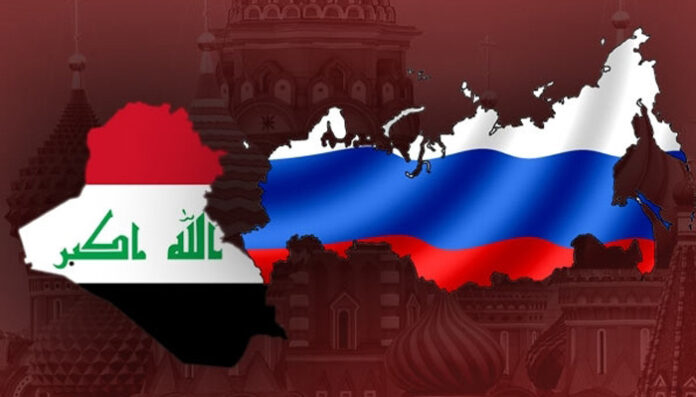 Soviet-Iraqi relations were established on September 9, 1944, severed in 1955, and rebuilt in July 1958. Cooperation between the two countries, despite some ups and downs, was generally positive, and Baghdad was considered one of the most important Soviet partners in the Arab world. The signing of the Treaty of Friendship and Cooperation between the Soviet Union and Iraq in April 1972 was a strong legal basis for relations between the two countries.
The occupation of Kuwait by Iraq in August 1990, Soviet support for UN Security Council resolutions against Iraq, the collapse of the Soviet Union, and international sanctions on Iraq negatively affected strong bilateral relations. But the US invasion of Iraq and the overthrow of the Ba’athist regime in 2003 marked the end of Russian-Iraqi unity.
Despite Russian opposition to the US invasion of Iraq in 2003, Moscow adjusted to its previous position and cooperated with the new Iraqi government. The Russian Consulate General in Erbil (Iraqi Kurdistan) in November 2007, and the Russian Consulate General in the southern Iraqi city of Basra in August 2011, were opened.
From 2003 to 2011, we saw Russia play a minimal role in post-Saddam Iraq. The $ 4 billion arms deal with the Iraqi government in 2012 made Iraq the second-largest buyer of Russian weapons. Russia-Iraq relations are affected by important variables of geopolitical and economic competition.
The agreement on Trade, Economic, Scientific, and Technical Cooperation in August 1993, The Cooperation Agreement on the Construction of Facilities in the Oil and Gas Industry in April 1995, and the Debt Settlement Agreement on Previous Loans in February 2008 all have been part of the Joint Bilateral Agreements in diplomatic Relations.
Political and geopolitical approach and goals
Russia, which has long dreamed of returning to the position of great power, has been pursuing its role as a counterweight to the United States, exploiting the shortcomings of Western policies in the Middle East. Part of Russia’s policy toward Iraq has always been defined by how it relates to the West and its return as an important geopolitical player.
Russia is also seeking a position in accordance with its capabilities in the Middle East, given its historical, territorial, military power, and permanent membership in the UN Security Council. It pursues this approach by insisting on maintaining red lines, striking a balance between all actors, and emphasizing commonalities rather than differences.
In 2018, Putin noted that “he would reverse the collapse of the Soviet Union if he had a chance to alter modern Russian history.   In this regard, nostalgic supporters of the Soviet-era want to completely” restore “Russian influence in Iraq. They support a pragmatic alliance with Iran as a balance against the United States and opposition to the partition of Iraq into smaller states. Russia is now seeking to restore the balance of power in the face of the expansion of NATO and the European Union and the United States in the region.
US policy and the reduction of the presence in the Middle East is an opportunity to expand Moscow’s role in the region (regardless of the US replacement). Russia has no major ideological component in its foreign policy toward the Middle East. Therefore, Russia has maintained implicit (and semi-formal) contact with all parties and, by emphasizing Iraq’s territorial integrity, has developed good relations with the Kurdish region. Even the Kremlin does not miss the opportunity to intervention, whenever tensions rise between Baghdad or Erbil and Washington. Also, with the continuation of good relations, exchanges of views with Kurdish leaders, or approaches such as preventing a Turkish invasion of northeastern Syria, special attention has been paid to expanding relations with the Iraqi Kurdish region.
In the diplomatic dimension, Moscow supports the actions of the Iraqi authorities aimed at restoring the sovereignty and territorial integrity of the country. In 2015, at the invitation of Russian President Vladimir Putin, Iraqi Prime Minister Haidar Al-Ebadi paid a visit and discussed issues of bilateral cooperation and the international agenda.  In recent years, the presence of various delegations and officials in Iraq, the meeting of Bogdanov, the special envoy of the President of Russia, with Barham Salih, the President and Prime Minister of Iraq, inviting of Mustafa Al-Kadhimi to visit Moscow by Putin, and the invitation of Russian President Vladimir Putin to visit Baghdad have been other results of Moscow’s focus on Iraq.