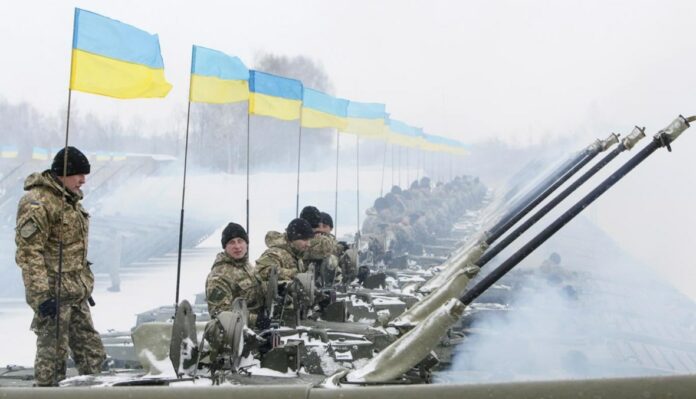 The sudden Russian attack on Ukraine (although it was the most dangerous it has faced since World War II), but it does not represent the first crisis to strike the country, which has gone through several tremors throughout its history that affected the shape of the state and its political system. Once it got rid of the shackles of the former Soviet Union, until it turned into a semi-presidential system that distributed executive powers between the head of state and the government, with a preponderance in favor of the president, who put his country in direct confrontation with the Russian bear who declared open war on Ukraine. It seems that one of its president’s goals is to change the image of the political system that tends to the West, to realize that “Ukraine is Russia’s soft side, and the heart of its military defense,” according to Zbigniew Brzezinski.

Nature of the political regime

Ukraine is located in the eastern part of the continent of Europe, bordered by Russia, Belarus, Romania, Poland, Slovakia, and Moldova, and has a view of the Black Sea and the Sea of Azov, an area of more than (600) thousand square kilometers, and a population of more than (44) million people.

Its political system consists of three authorities. First, the legislative authority, which includes a single council called the “Supreme Council of People’s Representatives,” consists of (450) members, and has important powers, most notably voting on the government. Second, the executive authority, which consists of the President of the Republic and the government. Third, an independent judicial authority consisting of the Constitutional Court, the Public Prosecution Council, and the Supreme Judicial Council.

Ukraine adopted the presidential system after the collapse of the former Soviet Union and the independence referendum in 1991. After a severe political crisis hit in 2004, constitutional amendments were made, which gave Parliament wider powers to make its political system mixed, that is: semi-presidential, dividing the executive power between the President of the Republic and the Prime Minister and making them partners in running the affairs of the state. This system differs from the presidential system in that it does not grant the president of the republic absolute powers. It also differs from the parliamentary system in that it does not grant the legislative authority the right to dismiss the president easily.

Ukraine emerged -after decades of chaos and political instability since the beginning of the twentieth century- as one of the founding states of the Soviet Union in 1922, after which Soviet socialist Ukraine expanded to the west and south. One of the most important things it obtained was the annexation of Crimea and the deportation of more than 450,000 people of German ethnicity from it. Politically, Ukraine was one of the countries that contributed to the founding of the United Nations in 1945. After Stalin’s departure in 1953 and Nikita Khrushchev’s assumption of power in the Soviet Union, Ukraine was able to obtain official recognition for the transfer of Crimea from Russia to Ukraine, which turned into an industrial country with a military arsenal that ranks third among the Soviet Union. Ukraine was able to introduce a number of members of the Soviet leadership, most notably Leonid Brezhnev, who became president of the Soviet Union between 1964 and 1982. Ukraine remained in a privileged position within the union until its collapse and its progress toward independence.