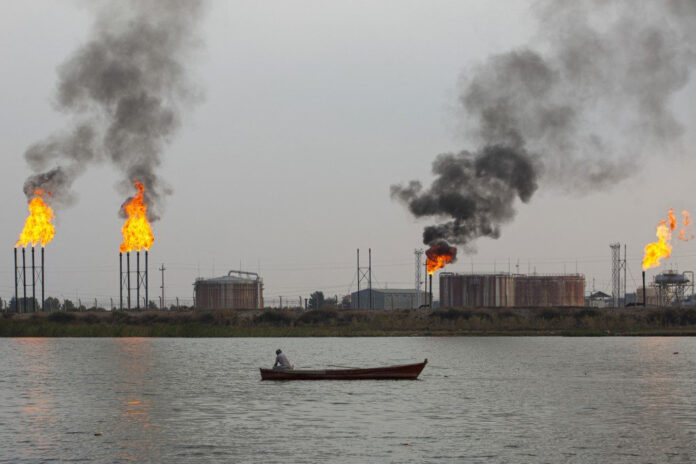 Dr.Yahya Hamoud Hassan- university of Basra-college of management and economics

Basra Governorate is one of the most important economic pillars in Iraq, as it has a huge oil reserve that represents (70%) of the country’s production capacity, and it also houses the largest strategic refineries, as well as the country’s water window towards the Gulf, the Arabian Sea, the Indian Ocean, and the Red Sea. About (25%) of Iraq’s total oil production goes to domestic consumption, (5%) to power plants that consume light crude oil, and (20%) to refineries to obtain oil derivatives, such as: (gasoline, white oil, gas oil, lubricants… etc.) which are consumed locally, and the Petroleum Products Distribution Company distributes derivatives to gas stations, Basra is one of the first cities where oil refineries were built in Iraq, and among the countries that built a refinery in the Middle East, as the beginning of the activity of the refining industry in Iraq dates back to 1927, when the first refinery was built in Alwand. In 1953, the Muftiya refinery was constructed in the north of Basra city, and then the Shuaiba refinery west of Basra in April 1974. These refineries are engaged in the production of petroleum products, which are as follows: (Naphtha, white oil, jet fuel, gas oil, and fuel oil), Production from Basra fields is about (3.25) million barrels per day of Iraq’s production capacity, and about (70%) of Iraq’s total production comes mainly from northern and southern Rumaila (1.4 million barrels per day), West Qurna (550,000 barrels per day), Zubair (403,000 barrels per day), Majnoon (198.00 barrels per day), Nahran Omar (63,000 barrels per day), and Al-Lahis (30,000 barrels per day).