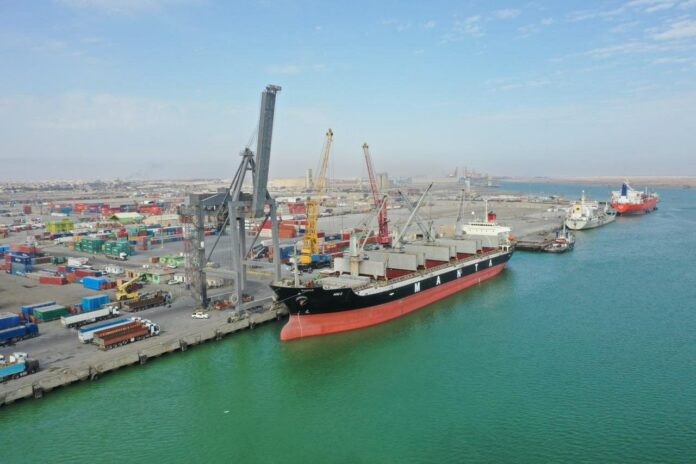 Basra Governorate has a distinguished geographical location as it overlooks the Arabian Gulf across its southern part through a narrow coastal strip of 65km2, and also through the Shatt al-Arab, which consists of the confluence of the Tigris and Euphrates rivers -Its length, from its entry point to Iraq to its mouth in the Arabian Gulf, is 139.1 km-, which is suitable for ships navigation, which gave the opportunity for the various means of river and sea transport to cross the Iraqi territorial waters in the Governorate. These means varied between various local means of transportation, and international marine transportation means represented by ships entering the waters of Basra Governorate, and a large part of them reached the port of Al-Maqal in the center of Basra city.

Maritime transport is the hub of international trade, and one of the main drivers of globalization, as it transports nearly 80% of the volume of world trade, and more than 70% of the value of this trade that is handled in global ports, and these shares are even higher in most developing countries.

Maritime transport has developed very dramatically over the past five decades, which has led to a change in the picture of the global economy. Between 1950 and 1995, transport grew from 0.55 billion tons to 4.3 billion tons, and continued to grow, reaching 8.7 billion tons in 2011.

This led to the maritime industry becoming one of the fastest-growing economic sectors after World War II economy, and ports becoming an essential means of integration into the global economy.

The Iraqi maritime sector has faced many conditions that have greatly hampered its work. Such as the war between Iraq and Iran from 1980-1988 “The First Gulf War”, then the second Gulf War in 1991, and then the economic sanctions from 1991-2003, and then came the third Gulf War in 2003. Then, after 2003, corruption negatively affected productivity and efficiency and its share in the development of the Iraqi economy, which led to a significant decline.

This paper aims to analyze the current situation of the maritime sector in Iraq, and to clarify the economic importance of ports to improve their efficiency, by answering the following two questions: First: Is there a vital role for Iraqi ports in the economy? Second: What are the most important challenges facing the Iraqi maritime sector?