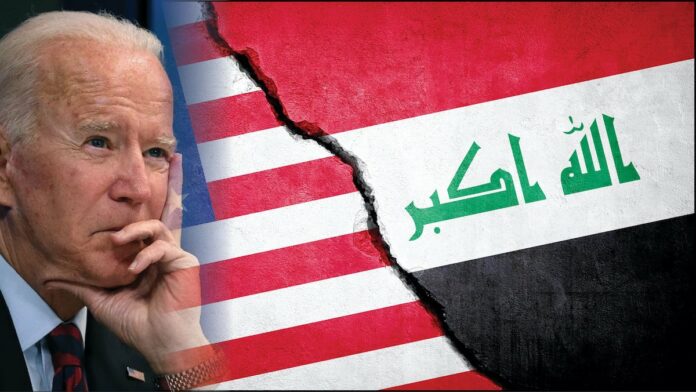 The expected first visit of US President Joe Biden to the Middle East in mid-July, which will include Israel and other Arab and Gulf countries, as well as the active regional movement carried out by some regional powers, is accompanied by a complex political situation in Iraq today. As eight months have passed since the early elections, so far, the Iraqi political blocs have not been able to agree on forming a new government. Not only for internal reasons but also for external reasons that are directly related to some countries involved in the Iraqi issue, some of which will include Biden’s upcoming tour. This makes Iraq strongly present in its political agenda, not because it is one of the supposed links to confront Iran – as the United States and Israel see it – but rather because of the dangerous repercussions that continued confusion in the Iraqi reality may have on neighboring countries and the region in the absence of a clear regional and international vision, Iraq will distance itself from the specter of political chaos that could occur.

It can be said – on this basis – that Iraq will be one of the important files that will be addressed at the upcoming Riyadh summit, which will bring together the United States, Israel, and Arab and Gulf countries. It will also be an important variable in the new regional equation that is intended to be drawn, with Iraq repeatedly trying not to enter into complex regional calculations; Given the fragile political reality in Iraq, and its continuous affirmation of the policy of positive neutrality, the regional environment today is moving according to new political patterns, due to the escalation of the volume of files that include relations between Iran and the countries of the region, and then the United States. This makes the possibility of Iraq continuing in this role, surrounded by many questions and inquiries about the ability of the Iraqi political decision-maker, to crystallize national goals away from linking Iraq to complex regional accounts.

Biden’s upcoming visit sheds light on the nature of the US shift in dealing with regional issues. Especially since it is his first visit since his election as President of the United States, and it comes after a clear American estrangement from the issues of the region, in exchange for American interest in East Asia and the war in Ukraine. This visit also comes in light of a dangerous juncture the region is going through, most notably the development of the situation in the Palestinian arena, the stalled negotiations with Iran, the political crisis in Iraq and Lebanon, and the energy and food crises and other complex files.

Biden realizes that the commitments that the United States has previously committed to in the Middle East in the past period, cannot be evaded by any American administration, as this has serious repercussions on the future of regional balances, in addition to its repercussions on the paths of Gulf-Israeli normalization. Biden also knows the importance of putting decisive ends to these files, before Russia and China regain their role in the Middle East, as there is a possibility that the allies of the United States will turn to the other front, if the American estrangement continues to them, especially Saudi Arabia.

Therefore, it is clear from the agenda of Biden’s visit that Saudi Arabia and Israel are among the priorities of the upcoming visit, along with other Arab and Gulf countries, in accordance with the comprehensiveness of the political perception that Biden’s visit carries, and the security arrangements that his administration seeks to form in the region in the next stage.

In addition to what was mentioned, the talk about the security umbrella that the Biden administration intends to establish along the lines of this visit – which includes Israel and the Gulf states – represents the most attended file in this visit, after the files of energy, trade, and international competition. As Biden’s upcoming visit revived the idea of establishing a military alliance in the region. In an interview with the American channel CNBC, Jordan’s King Abdullah II said that he would support the formation of a military alliance in the Middle East similar to NATO, and revealed that this could be with countries that share his opinion, including the United States. Washington hopes that more cooperation – especially in the field of security – will help to increase Israel’s integration in the region and isolate Iran, and it may also pave the way for more normalization deals with Israel, including with Saudi Arabia, after establishing relations with the UAE and Bahrain in 2020.