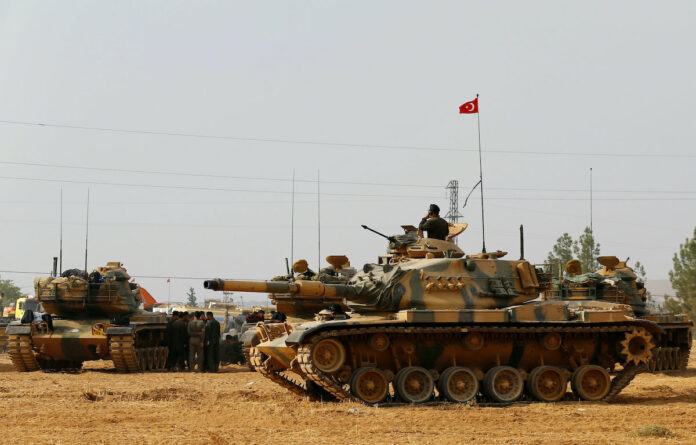 After the independence of Iraq, relations between the country and Turkey (with 367 kilometers of the common land border) experienced ups and downs and various developments. Differences and cooperation between Iraq and Turkey have always existed after the First World War. Turkish foreign policy in the Arab world has been established on key elements such as cooperation, participation, and respect for sovereignty, independence, and territorial integrity.
Also, promoting regional and international cooperation through bilateral and multilateral projects; Resolving conflicts through peaceful means, and strengthening regional and international peace, stability and prosperity are among the guiding principles of Turkey’s foreign policy. Turkey has increased its field of action based on a hegemonic model, software, and hardware capabilities. Some of the major goals include: maintaining and consolidating Turkey’s position, geopolitical branding of Turkey in regional relations, portraying Turkey’s role as an independent regional power, re-establishment of a quasi-imperial territory influencing the territorial domains of the Ottoman Empire, and so on.
Improving the position of Turkey in northern Iraq and Ottoman nostalgia
Although Turkey renounced its claim to Mosul in 1926 by signing a treaty, its growing influence in Mosul and northern Iraq, the expansion of relations with Iraqi Turkmen and Sunni Arabs, and expanding its consulates, are considered significant. For many in Turkey, Mosul is the lost land of the Ottoman Empire. Also, from Turkey’s point of view, the Turkmen have not been able to achieve their political, cultural, and social rights.  Turkey also considers the fair representation of all classes in Iraq, the role of Turkmens as the second largest ethnic group in the Kurdistan region, and the fate of the multi-ethnic region of Kirkuk, very important.
Turkey seems to be unhappy with the expansion of Iran’s influence in northern Iraq. From the point of view of many people in Turkey, more connection between YBŞ and PKK, Shiite-led Popular Mobilization  Popular Mobilization Forces or   Hashd al-Shaabi (HSB) with  Patriotic Union of Kurdistan, Iran with PKK and Hashd al-Shaabi, Patriotic Union of Kurdistan and Hashd al-Shaabi is against the interests of Turkey.
Security interests in northern Iraq and cleaning up the PKK
Since peace talks ended in 2015, at least 490 civilians, 1,200 members of Turkish security forces, and 2,750 PKK militants lost their lives according to a 2019 study by the International Crisis Group. The total deaths in the forty-year conflict surpass 40,000. Turkey’s conflict with the Kurdistan Workers’ Party (PKK)– recognized as a terrorist organization by Turkey, the U.S., and the EU – continues in south-eastern Turkey and northern Iraq.  The presence of PKK in Iraq is considered a threat to Turkey’s national security. Since last years, Ankara has been pressuring Iraq to carry out coordinated operations to expel the PKK and (Sinjar Resistance Units YBS forces from Sinjar, and has maintained its permanent military presence in northern Iraq. The YBS was formed, with the help of the PKK, after IS swept across Sinjar in August 2014, murdering thousands of Yazidi men and abducting their women and children.