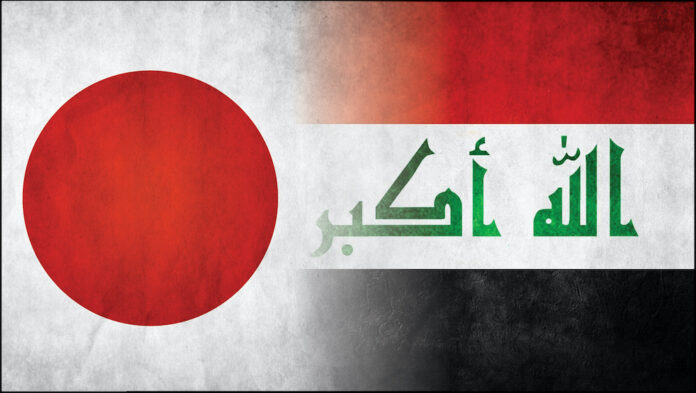 Japan soon turned its attention to the Middle East. The first Japanese official probably visited Iraq in 1880.  But diplomatic relations between the two countries began in 1939, and in 1939 Japan opened its embassy in Baghdad. The exchange of Ambassadors between the two countries in January 1960, the boom in economic relations between the two countries in the seventies decade of the last century, Japan’s position as the second largest exporter to Iraq was part of the past relations.
During the 1991-1991 war, political relations between Tokyo and Baghdad deteriorated dramatically. 213 Japanese hostages were released through various channels following Japan’s efforts for their freedom. In August 1990, Iraq invaded Kuwait and the Japanese government provided $ 13 billion in aid to confront Baghdad.
Then, while Japan called Saddam a “violator of international order,” and Iraq claimed that Japan was “hostile to Iraq.” In March 1998, Japan  became the first country to support Operation Desert Fox.
In fact, the level of political and economic relations between Tokyo and Baghdad declined from the end of the 1991-91 war to the Iraq war in 2003, and with variables such as Japan’s cooperation with the plan to put Iraq under sanctions, and its share in the 2003 Iraq war, the two side’s relations got worse. On March 20, 2003, the United States, which launched the Iraq war, announced its support for Japan.
Political and Geopolitical Dimensions of Japan’s foreign policy’s focus on Iraq
After the end of World War II and during the bipolar structure that governed the international system, Japan’s foreign policy was practically a mere follower of US foreign policy.  In the 1980s, the Japanese government pursued the idea of internationalization as a fundamental principle of its foreign policy.
The goals and priorities of such foreign policy in the Japanese Constitution are generally mentioned in the provisions of Articles 7, 9, 41, 72, 73 and 98. In the years following the US military invasion of Iraq, Japan’s foreign policy distanced itself somewhat from full compliance with US foreign policy. Political and security issues also found a new place after the 1990s.
However, Japan’s security policy in the Middle East is largely influenced by variables such as its strategic alliance with the United States, the supply of fossil fuels, and its peace-seeking foreign policy and counter-terrorism policy.