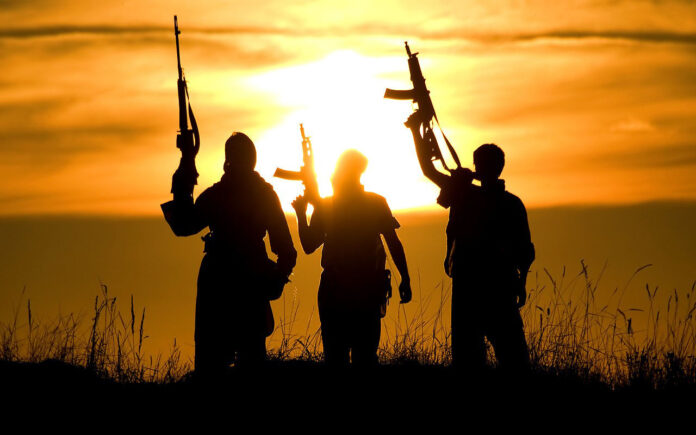 Salafi-jihadi movements are based on strong and attractive leadership. A review of the history of Islamic movements in the last century in the Middle East and North Africa shows that the leadership factor, especially the charismatic leader, played an important role in the organization’s performance and efficiency. Charismatic leadership is defined as the leadership that has the power and ability to inspire its followers, while these abilities derive only from the strength of character and commitment of the individual.

The exclusion and liquidation of the charismatic leadership from the scene often mean the beginning of the decline of the Salafi-jihadi movements. For example, the killing of Osama bin Laden in 2011 was the biggest challenge to al-Qaeda in its history. Bin Laden’s charismatic personality, his popularity among al-Qaeda members, and his eloquence played a major role in strengthening al-Qaeda’s organizational unity. With the global condemnation of al-Qaeda after 9/11, many al-Qaeda sympathizers praised his actions. According to some reports – after 9/11- many Muslims in the world chose the name “Osama” for their children.

The elimination of Osama bin Laden meant the removal of the charismatic and unifying face of al-Qaeda, which in turn posed a challenge to the organization. as his successor Ayman al-Zawahiri’s lack of charisma and inability to manage and unify the organization; One of the main reasons for the weakness of al-Qaeda over the past decade. Al-Qaeda founder Osama bin Laden had a charismatic personality and was very popular among its members, this factor made his speeches broad and global. Unlike bin Laden, Al-Zawahiri’s speeches were very weak, he does not represent al-Qaeda ideologue with a strong tone. Ayman Al-Zawahiri’s speech was more of a Sheikh’s sermon in the mosque to the worshipers, or the analysis of a phenomenon by a professor for students. As a result, Al-Zawahiri’s speeches and statements were not widely circulated in the media.

Many international observers believe that after the elimination of Osama bin Laden, Ayman al-Zawahiri – bin Laden’s successor and current al-Qaeda leader- was unable to bring the organization to its previous level of operations, the elimination of bin Laden was a major and severe blow to the organization. Although Ayman al-Zawahiri was one of the masterminds of the 9/11 attacks, he lacked bin Laden’s horrific aura around him. Barak Mendelsohn -a professor at Haverford College in Pennsylvania- believes that the core of al-Qaeda is now just a “shadow” of what it once was and that al-Zawahiri’s “greatest achievement” is to “maintain al-Qaeda’s survival.” According to “Barak Mendelsohn”, the various branches of al-Qaeda did not adhere to the leadership of al-Zawahiri, and the leadership of al-Qaeda was reduced to the “Shura Council.” Al-Qaeda has become more decentralized, and its powers are largely vested in the leaders of affiliated groups.

Therefore, it can be stated that with the removal of Ayman al-Zawahiri or replacing him with another, al-Qaeda will not be weakened, but there is a possibility to further strengthen it. The emergence of a charismatic figure such as Osama bin Laden may be an important factor in increasing the strength of al-Qaeda in the future. Therefore, it can be said that the personality of the new al-Qaeda leader will play an important role in the situation of this jihadist organization. A change in the level of al-Qaeda’s leadership and the emergence of a charismatic leader could lead to the weakening and even the decline of (ISIS); Because a charismatic leader can attract several ISIS core elements.

The leaders of Salafi-jihadi groups have a major role in defining the organization’s policy, and according to their characteristics, they can improve the organization’s position, cause its decline, or weaken it. For example, Boko Haram pursued a policy of peaceful advocacy during the era of Muhammad Yusuf, the group’s leader, and founder, but with Abu Bakr Shekau’s rise to power, the group’s approach became more radical and based on armed jihad. The elimination of Abu Bakr al-Baghdadi in 2019 also weakened ISIS in Iraq and Syria; Because Abu Bakr al-Baghdadi built (ISIS) on his ideas and presented a charismatic personality; Because of the establishment of the Islamic State, and the tradition of the style of the Rightly Guided Caliphs, including emphasizing the Quraish dynasty and giving sermons, and the formation of various collections of Dewans.