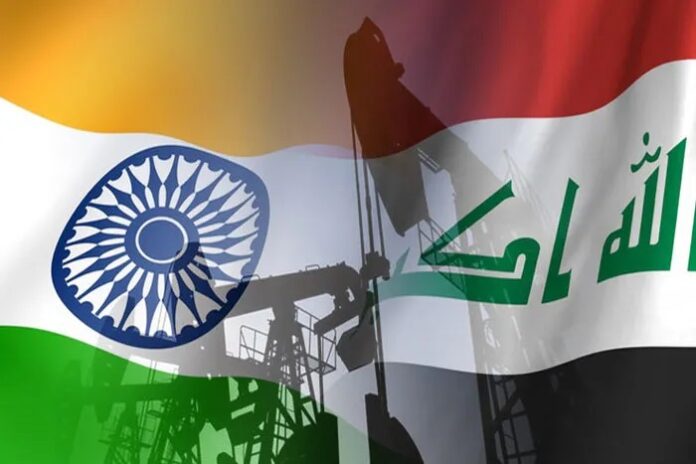 Past Iraq-India relations: India has had relations with West Asia since prehistoric times. In ancient times, Mesopotamia and the Indus Valley Civilization had thriving trade relations, and the Islamic period expanded civilizational, cultural, and historical ties. The connection of Indian Muslims with Iraq increased from the late eighteenth century. After India’s independence in 1947, Iraq was one of the countries that began its relations with India; the two countries signed a friendship agreement in 1952. However, relations between the two countries fluctuated in the following decades.
In the 1970s, Iraqi-Indian relations witnessed an important stage in bilateral cooperation in the political, economic, and scientific fields, such as the visit of former Indian Prime Minister Indira Gandhi to Baghdad. Bilateral relations in the 1980s and 1990s were negatively affected by the Iran-Iraq War, the occupation of Kuwait by Iraq, the Gulf War in 1991, the imposition of sanctions, the war in Iraq, and even India’s interests were harmed. Indian Foreign Minister Suleiman Khurshid’s visit to Iraq in June 2013 was a major step after years of strained relations between the two sides (after 2003).
Important areas of cooperation between the two countries
Geopolitics and Politics: New Delhi’s foreign policy has changed since India’s independence, and its view of its strategic position, energy resources, and areas of economic cooperation has become important. In general, one can see a kind of realism in the policies and ideology of the BJP against Nehru’s idealism in the field of foreign policy. They pursue foreign policy apart from any idealism and value-orientation, with goals based on national interests, becoming a world power, economic growth and development, nuclear and military power, and membership in the Security Council, and so on.
In recent years, we have practically witnessed the expansion of economic relations and the deepening and development of the strategic partnership between the US and India.  But with the United States’s significant decline in the international arena and the rise of emerging powers, India is trying to ensure that the balance of power in the Middle East is not to the detriment of New Delhi. Therefore, according to the ‘balance strategy’, India has to communicate and interact with various actors in the Middle East.
On the other hand, India, as one of China’s main rivals and a key ally of the United States, sees the expansion of China’s strategic partnership with Iraq, Quantum mutation of the relation between China and Iraq, Iraq’s joining to China’s ‘One Road-One Belt’ initiative, and China’s becoming the biggest investor in Iraq, as a threat to the spreading of the political and geopolitical role of India in Iraq.