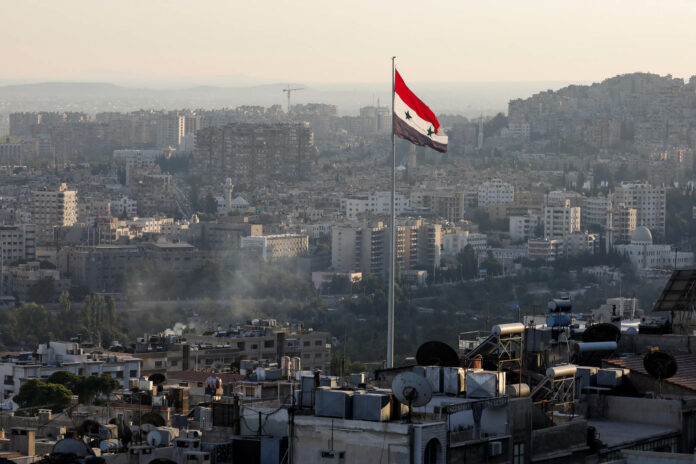 Syrians, or a large portion of them, consider federalism as if it is “interference other countries” in the affairs of their country, and part of an “international perspective” for dealing with the Syrian event; It is not clear to what extent they accept or reject the idea, perhaps because they are preoccupied with more priority matters, such as war and livelihoods.

But federalism is presented in the Syrian event space, and the lack of interest in it does not mean excluding it, rather it may even enhance its presence, because the constraints of war open the door to the possibility of many propositions regarding Syria, including federalism, which may seem a “middle case” compared to the thesis of partition, or Until the war continues, with all the risks it entails.

The paper starts with a major question: Is federalism suitable for Syria? What are the requirements or ways of looking at the federation regarding Syria? Is it possible to bypass the question of federalism? It concludes that federalism is a “political and constitutional technique”, not a “law to apply” or a complete or sufficient condition for achieving democracy, development, security, and stability, and it has many patterns and formations, and often it can be “engineered and manufactured”, and that what is important for Syria is, Restore the idea of ​​a Syrian society and state, national identity, citizenship, development, and democratic transformation. If that is possible, it is no longer important whether the constitutional and political system in it is federal or not, but how is that possible?

The paper consists of an introduction and nine axes: First – the vision and approach, second – what is federalism? Third – Frames of Reference, Fourth – Example and Method, Fifth – The Federalism Thesis on Syria, Sixth – Receiving Federalism, Seventh – Who Wants Federalism? Eighth – Federalism: a solution or a problem? Ninth – On the requirements for considering federalism, and finally, a conclusion.

First, the vision and approach

Does the idea of ​​federalism represent a “starting point” or a “condition” in the politics of solution or settlement in Syria, meaning does the Syrian event “prepare” for its acceptance, as the “code” in the solution or settlement, or is it the opposite, that is: thinking first or before in what country is post-war Syria, and then it is possible to consider the nature of the appropriate constitutional system?

Any internal or local “ability” in Syria for federalism? What is the position of the idea of ​​federalism in the internal or regional space, and the most important question is: is federalism suitable for Syria, and how can federalism be viewed within the framework of the war and its complications and stakes, and any conditions to think about, and does it really represent a priority or condition within the framework of the Syrian event or are there priorities or other approaches?

The idea of ​​“state-building”, especially in the post-war phase, and especially if it is of the type of the Syrian war, faces a problem of great importance, represented by the presence of complex challenges, on two main opposite levels: the first is the need for “distribution of power” and the priority of multiplicity, diversity, regions, entities and social formations as a condition for solution or settlement, and the second is the need to “concentrate power,” emphasizing the priority of unification and integration, national identity, and centralizing powers and authorities as a condition for preserving society and the state.