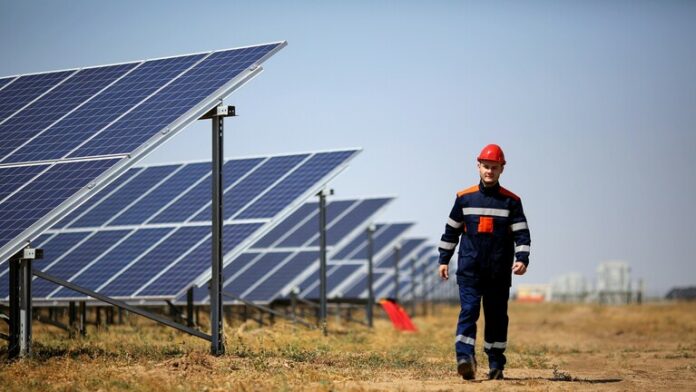 Although Iraq has the fifth-largest proven oil reserves, it is estimated that oil reserves will last for another 80-85 years in the country. In the event that the global oil demand slows due to technological improvements and considerations related to preserving the climate and responding to climate changes in the world, the independence in development will gradually transform into economies that do not depend on oil. At that point, the Iraqi non-oil economy must maintain the middle-income level.

On the other hand, Iraq represents the second largest country that emits gases that affect global warming. In August 2021, the European Space Agency (ESA) satellites detected a large cloud of methane gas in the middle of the geographical area between Basra and Baghdad, and these clouds were emitted from oil and gas fields from southern Iraq, the rate of release of these gases was estimated at 130 tons per hour, and this rate of releases during one hour has the same effect on global warming, equivalent to 6500 vehicles being used for a year.

On the one hand, it will deepen the development gap between Iraq and the world; Traditional technologies used locally are coming to an end, and technological alternatives depend more on highly developed operating systems and there is no technical capacity in Iraq to deal with them, particularly with respect to agricultural technologies, which is likely to return to rudimentary methods if not dealt with through the integration of developments in use technology. At the same time, Iraq`s geographical location allows it to benefit from investment in solar energy, more than wind energy. this type of investment represents an opportunity to reduce reliance on the rent-economy (oil), which accounts for the largest share of Iraq’s revenues, especially as the future of oil demand is likely to decline in the long term in favor of growing demand for renewable energy resources.