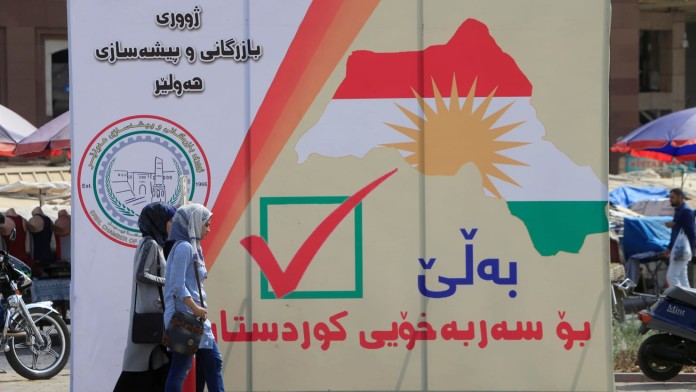 The 2005 Iraqi Constitution granted the Kurdistan Regional Government (KRG) a package of legislative and executive powers. Kurdistan Parliament enjoys legislative power to enact regional laws that cover several areas, such as health, education, security, agriculture, economy, and others. It is democratically elected each four years; the next election will be held on 30 September of this year, marking the fifth round of Kurdistan Parliament. Electorate in KRG will elect 111 member based on one district, enabling candidates to win regardless of their region or party support.

709 candidates will run for the upcoming election of Kurdistan Parliament under two coalitions and eight political entities for 100 “public” seats, and 64 candidates under 19 political entities will compete for 11 minority seats. Also, electoral law provides for 25% quota for women, leading to 77 seats for male and 34 seats for females.
Election is based on Largest Reminder method and distributing remaining seats to largest winners, therefore, it is considered relatively fair law: especially if compared to Sainte-Lague, which is adopted for the previous national parliamentary election;  the electoral threshold, which necessitate certain share of the votes, for example, 10% of the vote in Turkey; and Highest average.
This paper focuses on electoral competition as such, mechanism to limit manipulating voters registration, ensure transparent election, which usually accompanied by allegations of fraud due to the control of powerful Kurdish parties.
Differences among Kurdish electorate might lead to changes in the membership of Kurdistan parliament, reflecting the internal disputes among Kurdish parties that its consequences might influence political processes in Baghdad.