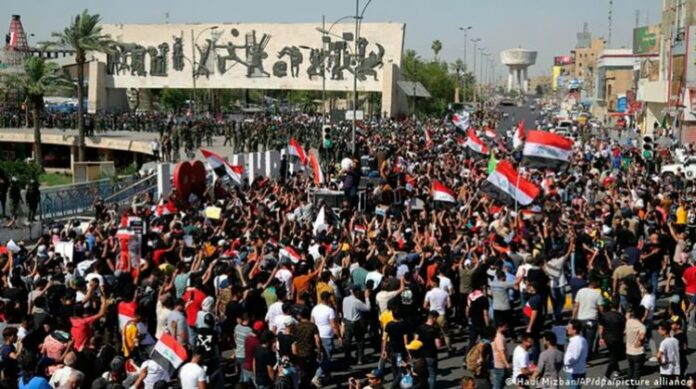 One of the problems in Iraq’s current system after 2003 is the lack of focus on memory issues, through which it can confront the problems to which the system is constantly exposed, as well as restore confidence between it and the public.

In this way, Aric Davies explains that social memory can become an effective tool in the State’s arsenal of social control and, conversely, the State risks itself if it ignores memory, especially during shifts of rapid social change.

The work of memory corresponds to what the security services do on the street or judges in the courts, but the difference between them is that they face problems that have occurred, while memory policies prevent these problems before they occur.

If a State is unable to guide its population through its return to the past, successful policies cannot be produced, and Governments that communicate with their audiences with unplanned words are the most disabled States in the national identity industry.

Memory can be defined as the social perceptions shared by certain human groups in connection with events that occurred in political, economic, and social status.

However, there is a difference between memory work and memory policy, which is associated with governmental or social institutions promoting certain moments only; to activate them for the benefit of society. States’ memory policies give individuals common stories and values that serve social harmony and peace and restore the interdependence of the State and its members.

Memory policies stimulate feelings and stimulate talk about the past. Revising the past leads individuals to reach out and be able to make decisions if those events return, through the Authority’s network of institutional relationships, namely: Government policies are linked to a network that holds the same hopes in memory, and a particular institution cannot be skipped without being aware of the State’s general methodology.

No political system can create its own memory in a diligent, individualized manner, or through structured, societal planning It is through structured scientific that takes into account society’s sociocultural circumstances, an emergency calculator, and social tremors that may affect the eradication of that memory.

Based on that vision, the omission of the current regime in Iraq is the memory-orientation that has caused it a number of problems, one of which is the loss of a clear and compelling public discourse, especially in the country’s most critical times, such as: ISIL gangs control the large territory of Iraq, offset by a government silence in encouraging the inhabitants of the occupied areas to defend their territory and political system; Because the silence was caused by the lack of institutional connection between the system and citizens, which is clearly manifested through memory policies, it was repeated in the October 2019 protests, in which the protesters had a speech above the discourse of the State, and for the same reason there was institutional silence to speak to the public.