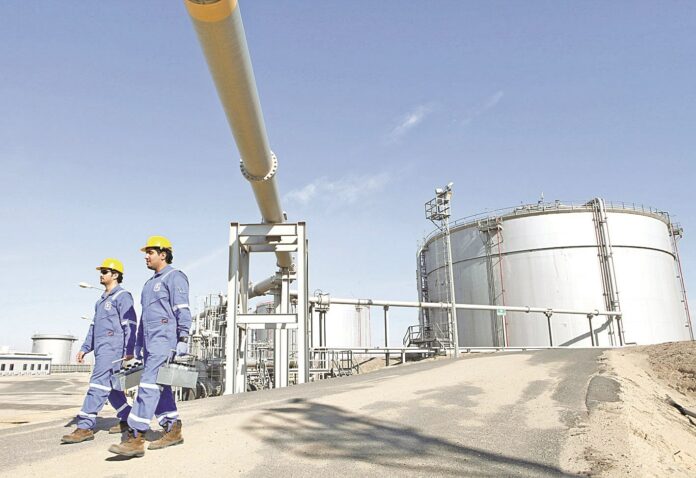 There is a dialectical relationship between politics and oil, especially in the countries of the Middle East that depend on hydrocarbons. Until the oil factor became one of the most important and influential variables in formulating the general policies of these countries. In addition to the economic importance of oil, through which it is possible to measure the strength of the state, the size of the influence it exercises, the ability to interact in the balance of power, as well as the strength of the existence and continuity of these states. Especially the economic power for which oil was the main engine in the rentier states, such as Iraq, which depend on oil revenues in a primary and basic form; To finance the requirements of government spending, and to finance the general budgets of governments since the discovery of oil in Iraq in 1909 to the present day.

Iraq’s possession of the oil factor has given it a great economic and influential power, especially in the Middle East, which has very large oil reserves. It produces about a third of the world’s production of oil and contains about 65% of the world’s oil reserves, especially the region surrounding Iraq, which is the most important oil region. According to OPEC indicators, the Iraqi oil reserves for the year 2020 are estimated to be approximately 148,400.00 million barrels per year, according to the explorations taking place in the Iraqi territories for oil. Some studies indicate that approximately 85% of the desert land of Iraq has not been explored for oil. This percentage is subject to rise in the event of an increase in the exploration campaign. This has constituted an element of great dependence of successive governments on oil in government financing, government expenditures, and financing public budgets at the expense of other sectors such as industry, agriculture, and technology, which have become almost completely non-existent, especially after 2003. Oil has become the main factor in financing the government to meet its needs and sustain them, especially if we know that the proportion of oil revenues in the annual government budget for 2021 amounted to approximately 82% and non-oil revenues for the same year amounted to approximately 18%.Reliance on oil as a basic resource for the state has many negatives, which may outweigh the positives, which can be limited to the fact that oil is a quick-discharge resource that provides the state with only two things; The first: the speed in obtaining foreign exchange that allows countries to pay their internal obligations. Second: Ensuring the continuation of external cash flows in the form of loans or cash transfers from countries and international economic organizations that contribute to addressing the financial crises of the state, but the negatives of dependence on oil are great and may threaten the existence of the state entity, and these negatives include: