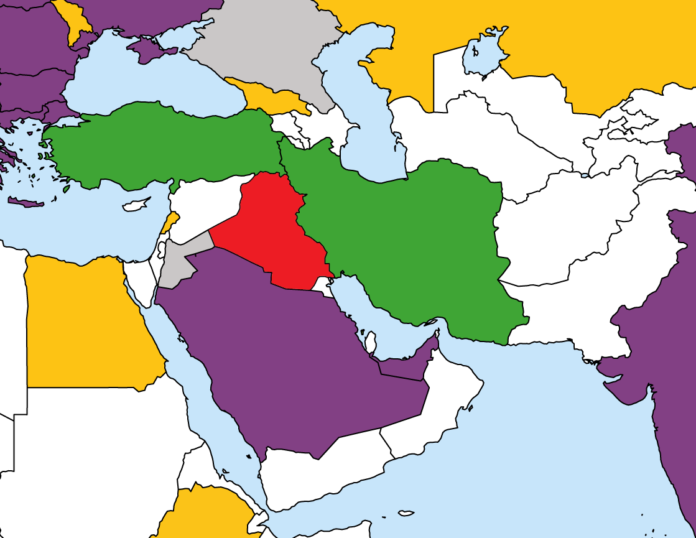 Iraq is located at the heart of a complex regional environment of cultural, religious, and political differences and intersections, which has made it a place for international and regional political play-offs for many decades. The scene of the conflict on its lands returned again and clearly in the period that followed the removal of the political system after 2003, due to the fragility of that period in the role of the Iraqi state in imposing security; As a result of the political transition, or the limited role of the state in protecting society from exposure to prohibited ideas and beliefs, which began to make their way in Iraqi societies, leaving many tendencies of terrorism, or loyalties abroad at the expense of national interests, Iraq lost the elements of its internal national security.

As mentioned earlier, regional conflicts are linked to cultural, religious, and political intersections, and it is not excluded that regional and international economic interests and their conflict will play a role and contribute to the unwillingness to stabilize Iraq; to serve regional interests that want Iraq to remain economically powerless and an unproductive consumer.

The research deals briefly with the possibility of Iraq using its tools and economic resources (capabilities and limitations) to the extent to which Iraq can play an influential role in the regional and international arena, and a contributor to programs that converge and even conflict regional and international interests, to be reflected as contributions to the stability of its internal national security. Especially in this historical stage of the world affected by international conflicts following the Russian-Ukrainian war, and its repercussions on energy and food supplies, and the importance of Iraq in energy production; As an important source of oil production (5%) of global production.

Iraq ranks fifth in the world in proven oil reserves, at 140 billion barrels. Other data are indicating that Iraqi reserves may be much higher, and may reach (300) billion barrels, if many exploration sites are added in separate areas of Iraq, in addition to the reserves of the Kurdistan region.

The percentage of Iraq’s proven oil reserves is about 8% of the world’s oil reserves, which amount to 1.779 billion barrels, according to the American Petroleum Institute. Its oil production may seem low compared to the size of the reserves, as its export production today is about 3.35 million barrels (except for the Kurdistan region); That is: its annual capacity is approximately 1.25 billion barrels per year, which is practically not commensurate with the oil reserves it possesses, and the estimated useful life of oil and fossil fuels of 30-40 years.