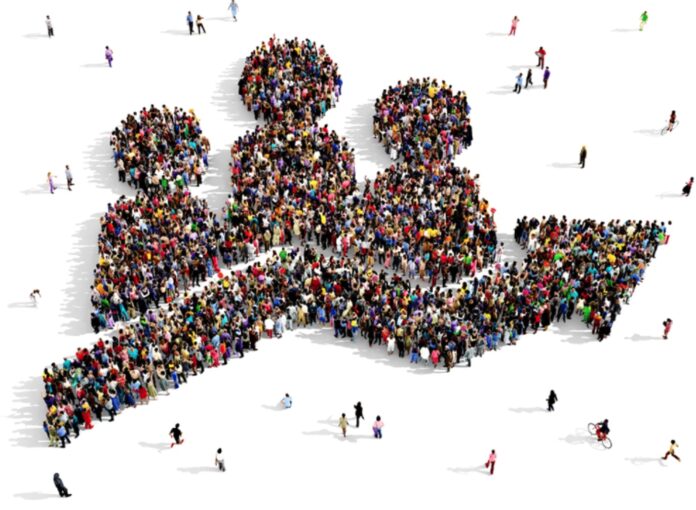 Population inflation and the steady increase in the number of births are among the most difficult challenges that may face any country in the world, especially in developing countries. Which often suffers from structural political, security, and economic problems accompanied by an institutional inability to formulate public policies and development and economic strategies that would accommodate the demands and pressures of the growing human mass.

Iraq is one of these countries facing a real challenge and danger in the medium and long term; As a result of the high rates of reproduction and fertility among its population, as the rapid population growth in Iraq puts pressure on dilapidated infrastructure and dwindling natural resources.

Human security is concerned with securing a decent life and the basic economic, social, health, environmental and nutritional needs of the individual; As it is linked to human development, economic growth, and political stability. The population inflation in Iraq is one of the most important challenges facing human security in Iraq at the present time and in the near future.

The dangers of overpopulation do not stem from the increase in population numbers alone, as the problem of increasing the proportion of the young age group between the ages of fifteen to twenty-four, and the lack of ways to absorb them into the already distorted economic production system, and to respond to their aspirations. This paper discusses the dimensions of population inflation in Iraq and its effects, and how the increase in the number of young age groups in particular contributes to creating new economic and societal challenges, exacerbating them and interacting with existing challenges and ailments.

First: The reality of the demographics and its changes in Iraq

The population of Iraq is approximately forty-one million at the moment. Estimates indicate that the population of Iraq will reach fifty million by the year 2030. The population growth in Iraq is increasing at a rate of 2.55 annually. According to this percentage, it is expected that the population of Iraq will double in the next twenty-seven years; To cross the 80 million by the year 2050. Fertility rates in Iraq are estimated at 3.6 children per woman, according to World Bank figures, which is a high rate when compared to other countries in the Middle East and North Africa, which have a birth rate of 2.5 children per woman, according to 2019 estimates. While the fertility rate required for population replacement at the world level, that is: the proportion of births required to maintain a steady population growth is 2.1 live births for every woman capable of childbearing.

As for the demographics of Iraq’s population in terms of gender. The numbers of males and females stand close, with a slight increase for males, according to the estimates of the year 2021, while the population structure in terms of age groups records an absolute superiority to the group aged 5-29 years, whose total numbers exceed twenty million people, that is: almost half of Iraq’s population. This makes Iraq one of the youngest societies in the region and the world.