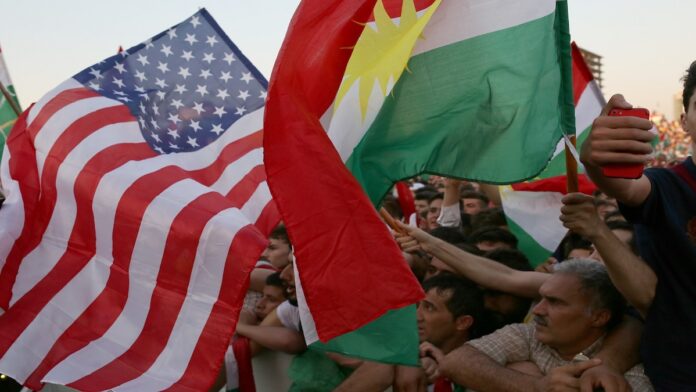 What is happening in the Syrian Jazira region (also known as Upper Mesopotamia) and northern Iraq in terms of a series of political and military events makes the regional event more “uncertain” and ambiguous. Things are happening that are difficult to anticipate or to prepare appropriate responses to, such as the “situation turning” between the United States and Turkey, with disharmony, but without a rupture, and rapprochement, but without complete agreement.

It also includes that the Kurds show a hesitant “understanding” and “acceptance” of the US understandings and steps towards Turkey in northern Syria and Iraq. And they are showing an increasing and unprecedented willingness to “consent” with the latter to “control” the factors of tension between them. And coordinating the position on the areas controlled by Turkey and the groups loyal to it in northern and northwestern Syria. And for the Iraqi Kurds to show more “consent” with America and Turkey in their attitudes toward the central state in Baghdad, and of course toward Tehran and Damascus.

But Turkey and the United States are not playing alone. There is Syria that rejects Turkish and American interference, as well as Syria’s main allies, Russia and Iran. In addition to the Kurds and Arabs in the east of the Euphrates who reject the Turkish intervention, and the presence of actors, groups, and armed forces from Lebanon, Iraq, and others (under the supervision of the Islamic Revolutionary Guard Corps) in the “Euphrates Line” and some areas of the border between Syria and Iraq. Iraq itself, which is witnessing a relatively sharp division over the US and Turkish interventions in its affairs, had aborted – not that long ago – the Kurdish secession attempt in the north, and is still suffering from severe quarrels with Erbil.

The paper proceeds from the fact that the US-Turkish consensus on “controlling and managing the situation” in the Syrian Jazira region, more Turkish military involvement in northern Iraq, and the increasingly influential Israeli presence in the SDF-controlled areas in the Syrian Jazira, and the Kurdish region in northern Iraq; It represents one of the critical challenges for Syria and Iraq, and of course Iran, and this calls for or provokes proportional responses to it, which threatens the region with more tension and eruption.

The situation in the north refers to Turkish and American (and Israeli) attempts, each according to its priorities, to bring about changes in control, geography, polarization, alliances and the balance of power. For example, the attempt to “open the doors” between the SDF-controlled areas, under American supervision, and the Nusra Front areas, under Turkish supervision; Pushing for an agreement between the SDF and the pro-Turkish Syrian Kurdish National Council, and between the SDF and the Kurdish region in northern Iraq that is allied with America and Turkey, and represents an Israeli targeting base against Iran.

All of this may take place – for Turkey – within the horizon of far-reaching policies, to control the situation in the Syrian Jazira region, by “dismantling” or “containing” the entity there, and if not, creating conditions (and adapting them); To make the status quo in the Jazira region not hostile to Turkey, similar to the Kurdish region in northern Iraq, in parallel with carving out other parts of the Syrian geography in favor of Turkey and/or groups loyal to it, if possible. In addition to the repeated Turkish aggressions in northern Iraq, the strengthening of Turkish military bases there, and the preparation for a long stay there. This challenge requires a complex, urgent and effective response – as much as possible – on the part of Syria, Iraq, and other affected actors.