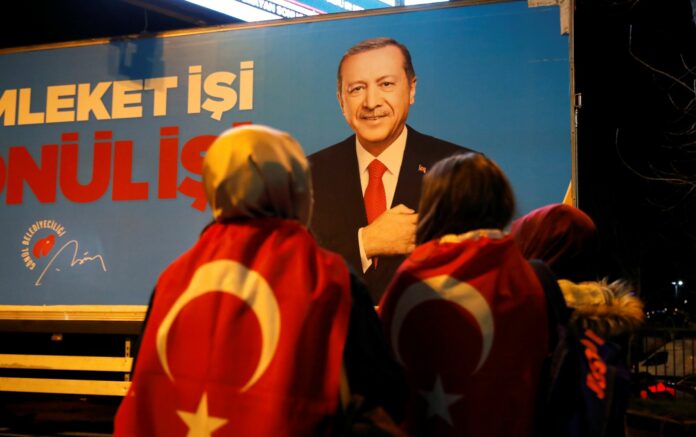 The presidential and parliamentary elections in Turkey are scheduled to start after approximately 12 months, and although the elections will be in June of 2023, the Turkish president has the authority to hold early elections. In any case, a new president and parliament will be elected for Turkey a year from now. At this sensitive time that Turkey and the whole world are going through, and after the developments that preceded the elections next year, along with the economic problems and challenges it is going through, especially amid the Russian-Ukrainian war, have all created a complex environment for Turkey, the people and the government. These challenges aim to create a cultural divide and division within Turkish society; It predicts the occurrence of internal crises, so Turkey is expected to go through difficult months, full of obstacles.

In this article, we will briefly show the current situation in Ankara. Then we give an overview of the status of Turkish society based on economic characteristics and conditions. We will also explore possible scenarios for the 2023 elections based on some surveys in recent months. In conclusion, we will present some recommendations to the Iraqi government in dealing with the Turkish elections, and what it should do.

The Turkish political system is currently considered presidential and accompanied by the parliament. Recep Tayyip Erdogan received more than 52% of the vote in the 2018 elections, while the Justice and Development Party and the Nationalist Movement Party, under the framework of the “Alliance of the People,” obtained a parliamentary majority of 53.6%. Since the 2018 elections, and specifically the 2019 municipal council elections, they have witnessed a sharp decline in the popularity of the ruling party and the “Alliance of the People”, while the elections for municipal councils in important regions of the country, including (Istanbul, Ankara, Eskişehir, Antalya, and Adana). Which had a majority in favor of the Justice and Development Party, or parties loyal to them, but it regressed significantly to raise the handkerchief to the opposition parties.

Since the beginning of 2022 and the accumulation of economic problems, including the devaluation of the currency, and the rise of the inflation index in Turkey, the popularity of “Recep Tayyip Erdogan”, the “Justice and Development Party” and the “Alliance of the People” has declined by 30%. In addition to the resignation of important figures in the Justice and Development Party, such as the former Turkish Economy Minister and one of the important economists, “Ali Baba Jan,” and the former Minister of Foreign Affairs and Prime Minister “Ahmed Davutoglu,” while they founded the “Democracy and Progress” party and the “Future Party.” In addition, the emigration of a number of important cadres in the Justice and Development Party, which led to the loss of a large percentage of the electoral votes and their transfer to other parties.

According to the Central Bank of Turkey, the continuous inflation started on 11/2020 at 12% and increased at the beginning of 2021, and the intensity of the inflation increased at the beginning of the current year 2022 until it reached 70% in the fourth month of the same year. Thus, Turkey has now become the sixth country in the world in terms of inflation and has the highest inflation rate among the “20” (Commonwealth) countries. According to expectations, inflation will continue in the coming months, as the unemployment rate is expected to exceed the 100% threshold after it was 11.4% in the past three decades.

According to recent surveys, the Turkish people are pessimistic about Turkey’s future. Based on the results of one of the conducted surveys, 60.6% of voters are pessimistic about Turkey being on the right path, while the percentage was 36.7% in the past 14 months, while 22.1% believed that their country is in fact on the right path after it was 27.4% in the past 14 months.