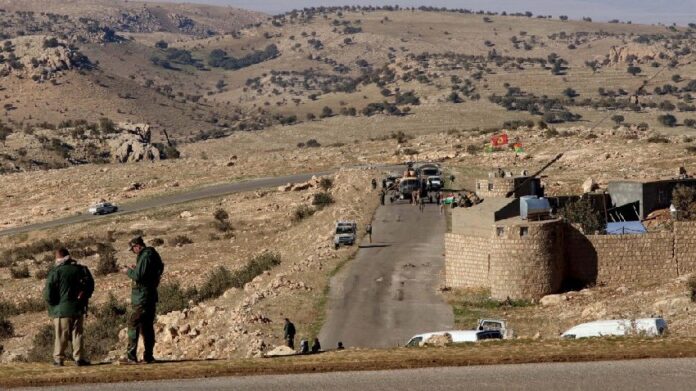 It is no secret to anyone that the complex nature of the conflicts in the Sinjar district today. Some of them stem from the nature of the Iraqi internal reality, which is represented by the struggle for influence and control between the armed groups in Sinjar, others are related to being part of a Turkish-Iranian regional conflict that resonates in this district, which is located on the edges of the Iraqi-Turkish-Iranian triangle and is connected to a geographical belt along the northern Iraq-Syria border. This makes the security environment in Sinjar extraordinarily complex, and constitutes a major challenge to Iraqi national security, due to the negative setbacks and challenges caused by the PKK’s presence there.

Looking at the nature of the security reality in the district indicates that it is still suffering from challenges after its liberation from ISIS, whether at the level of social and political stability, or the security and economic structure. The state of local and regional interference in the district has resulted in major crises, represented in the weakening of the Iraqi government’s control over it, and the indulgence of Turkey and Iran in the game of influence and control, which in turn indicates the great complexity of the PKK’s presence in Sinjar at present.

First: The security and administrative reality in Sinjar

The PKK was able to establish a military presence in Sinjar after the US invasion of Iraq in 2003, because of the security vacuum in the country. With the success of the Kurdish Peshmerga forces of the Kurdistan Democratic Party in filling this void and others in the disputed areas. However, this did not prevent the PKK from rushing toward Sinjar, and the struggle to fill the void in Sinjar witnessed a significant escalation after its liberation from ISIS control. The circle of conflict is no longer confined to the Kurdistan Democratic Party and the PKK, but the entry of the Popular Mobilization into it has led to an expansion of the circle of influence struggle, which has exacerbated the security in the city. In addition to the emergence of Yazidi factions allied with the PKK, most notably the Sinjar Resistance Units and the Êzîdxan Women’s Units, which are deployed in the city. Êzîdxan’s forces are led by the former representative in the Iraqi parliament, Haidar Shasho, and have allied themselves with the Kurdistan Democratic Party. Sinjar has become a major focus of tensions between the KDP, the PKK, and the PMF factions, Because of the weak control of the central government in Baghdad over the situation in the district.