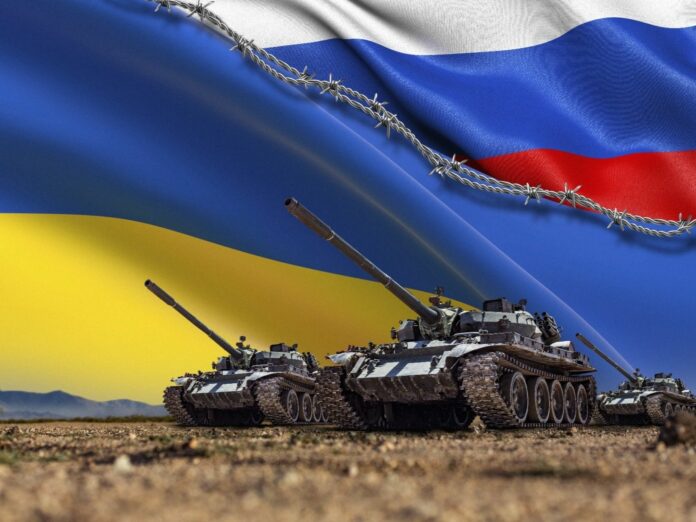 The sanctions against Russia that the United States and the European Union have already taken on the energy sector will result in a global crisis and a shortage of oil and gas supply.

Global growth will decline from 2022-to 2023; Given the uncertainty and chaos that the global economy is witnessing now, according to a British study that confirmed a drop in global growth at a rate of 1%.

Global inflation will decrease, especially in foodstuffs, compared to the Iraqi economy. If we know that Iraq imports from abroad about 80% of its food imports.

The bleeding of foreign currency from Iraq will increase. Especially the dollar, as a result of the rise in food prices in the world, and the need to compensate for the lack of supplies in iron and materials used in infrastructure.

The world is witnessing a political, security, and economic crisis today, similar to the crisis of the Cold War from 1947-to 1989. After the tension over the last decade between Russia on the one hand, and Ukraine and its allies – the European Union and the United States – on the other. Russia did it by declaring war on Ukraine after the crisis reached its peak. In view of the complex intertwining and interdependence that characterizes the current world order, which some writers have called the “global village,” this war cast a shadow over the entire global system, in both its political and economic aspects. But this influence was not of a single degree of strength at the state level. As some of them suffered a direct impact on their economy with the start of the war, while the impact was slight and indirect on others.

The crisis is heading for escalation, expansion, and complexity, to the point of threatening the current global order. Countries are starting to sense a new global economic crisis. Here, many questions come to mind for every specialist in Iraqi economic affairs, most notably: What is the impact of the Russian-Ukrainian war on the Iraqi economy? And if there is an impact, what are the most important economic sectors that will be greatly affected, whether positively or negatively?

Giving a scientific and objective answer to these questions requires giving a glimpse into how the global economy works first, and secondly, the repercussions of the war on it.