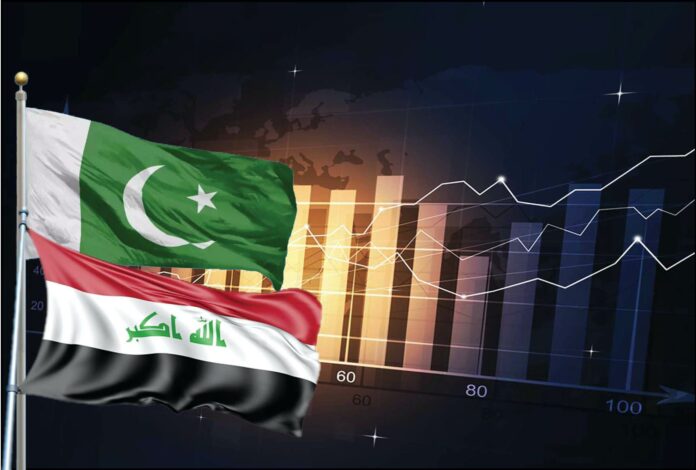 Pakistan-Iraq relations in the past
Following Pakistan’s independence from India in 1947, Iraq has been the first Arab country to recognize Pakistan and support it in the Bengal crisis.  Bilateral relations between Iraq and Pakistan, as a result of their presence in different global blocs and different political systems in Iraq, at times were cold and sometimes dark. As a result, relationships have seen many ups and downs over more than seven decades.
An important turning point in Pakistan-Iraq relations was the 1955 ‘Santo Pact’ or ‘Baghdad Pact’ to counter the communist spread in the region. But with the formation of the pro-Soviet republic in Iraq in 1958, Baghdad withdrew from the military alliance.
After the initial cold relations, Iraq’s support for Islamabad in the 1971 war with India somewhat warmed relations, but the discovery of a weapons cache at the Iraqi embassy in Islamabad in 1973, the expulsion of the Iraqi ambassador to Pakistan, and later a dispute over the Iran-Iraq war, caused tension in the two side’s relations.
Later, despite the support of General Mirza Aslam Beg, the then Chief of Staff, the Iraqi invasion of Kuwait, the occupation of Kuwait, and the Persian Gulf War in 1990 further strained relations between the two countries. Although, the emergence of a new political order in Baghdad after Saddam led to the complete normalization of Pakistan-Iraq relations.  But the course of relations had not expanded for various reasons.
Recent political and diplomatic relations
With the fall of the former Iraqi dictator, Saddam Hossein’s regime in 2003, Pakistan provided relative support for Iraq’s new regime. Over the past two decades, various officials have traveled to the two countries, but the relationship has been smooth. In the last two years, however, there have been signs of the beginning of a new round of wider interactions and relationships.
In this regard, the visit of the Pakistani Minister of Military Production to Baghdad in January 2021, the visit of the Iraqi Minister of Defense to Islamabad in February 2021, the visit of the Pakistani Minister of Religious Affairs and Chief of Staff of the Pakistan Army to Iraq in March 2021, the visit of the Pakistani Foreign Minister in May 2021 to Iraq, Pakistani Defense Minister’s meeting with Iraqi President, meeting of Joint Chiefs of Staff of the two countries,  Iraqi Prime Minister’s visit to Islamabad were among the most important events.
In another dimension, the opening of more bilateral missions, the signing of memoranda of understanding between the Ministries of Foreign Affairs of the two countries on cooperation in diplomacy training, and increasing cooperation in international forums (UN and OIC) on strengthening diplomatic relations between Iraq and Pakistan, have led to more strengthening of relations in recent years.
In this regard, the signing of the Memorandum of Understanding of ‘Bilateral Political Consultations’ and the establishment of a mechanism for regular consultations on bilateral and international issues of interest is another step in promoting relations and regional and international cooperation between the two countries.