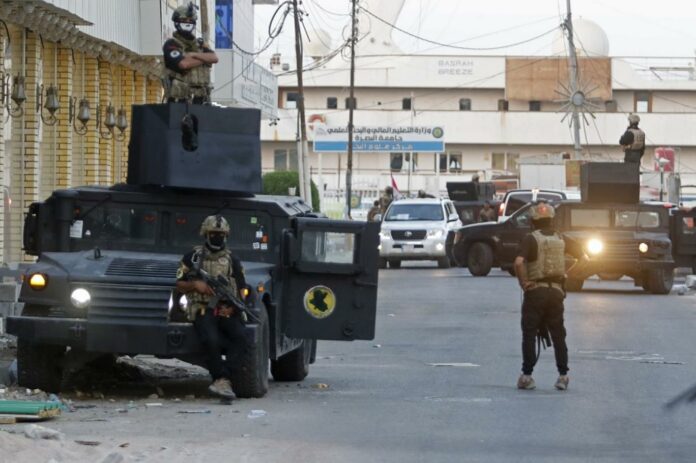 It is an equation that keeps repeating its scenes amid the international war on terrorism, in other words, the power struggle that international relations witnessed during the Cold War. However, the power struggle today is no longer limited to states, but rather includes individuals, mobs, gangs, small and large groups of different races, religions, sects, creeds, and ideas, their battlefields and locations, and the battles in it are not defined, clear, fixed, known or pre-recognized. They move with their members, weapons, and methods of fighting from one place to another, and accordingly the battle plans and schemes and the appropriate methods of confrontation and means of solution change.

It is an equation related to the soul and the mind and the thought that they produce, and then determination, will and decision, and then catastrophic results that destroyed everything. It is – truly – a third world war whose limits and ends are not known, and its results cannot be accurately predicted. the force that mediates both sides of the equation, terrorism, and the state; The realization of force on the part of terrorism is not limited to material force represented in the capabilities used in combat, people, and weapons, even if they represent the important tools of violence and terrorism; Because they are just tools to implement the goals of terrorist organizations and their sects, and limiting attention to this type of force is a naivety that characterizes the thinking of decision-makers, and it is wise to take the concept of force in its totality, realizing that there are other types of force that feed terrorism, perpetuate its continuity, growth and the spread of its cells and the development of its capabilities for continuous adaptation with the environment that hosts or in which his terrorist activity is carried out, it is the same as the case of a dangerous epidemic that changes its genetic composition in the infected and host body.

The concepts of the intended force are the strength of thought and belief that it adopts, which represents the secret of the attractiveness of terrorist organizations such as ISIS, the capabilities of recruitment and spread in different and diverse societies over a wide geographical area, the strength of the economic, financial, psychological and social capabilities of its fighters, the propaganda, and media power, the strength in the capabilities of persuasion and the possibilities of employment and involvement in societies to mislead the public opinion about them, and from these types of force are spawning other types that perpetuate the continuity of violence and terrorism, so the capabilities and forces of the state and society continue to be drained, and on unforeseen or infinite extents.

As for the perception of force on the part of the state, which is the second party in the equation, it has many and great types of force if it is rationally invested, and employed in the equation of the power struggle against terrorism, and its effectiveness in confronting it, limiting the spread of its cells, and leading to the stability of society and the state. These types are represented in human, intellectual, social, scientific, and economic forces, as well as military and security forces. The levels of investment and employment for these forces and capabilities depend on the mind and thought of the decision-makers, and who owns the reins and leadership of society and the state in the conflict equation. Therefore, the main problem lies in the possession of power and its use by both sides of the equation, terrorism-the state.

By viewing the situation in Iraq since 2003, a realistic hypothesis was established:

Whenever the state and its society are strong, the forces of terrorism collapse and become weak, the more the state and its forces grew weaker and its society suffers division and disagreement, the stronger the thorn of terrorism, its cells become stronger and the frequency of its terrorist activities and crimes increases, and the higher the ceilings of its ambitions by the establishment of a terrorist entity that competes and undermines the entity of the state and the existence of society. The declaration of the Islamic State of the Caliphate in 2014, is a good example of this.