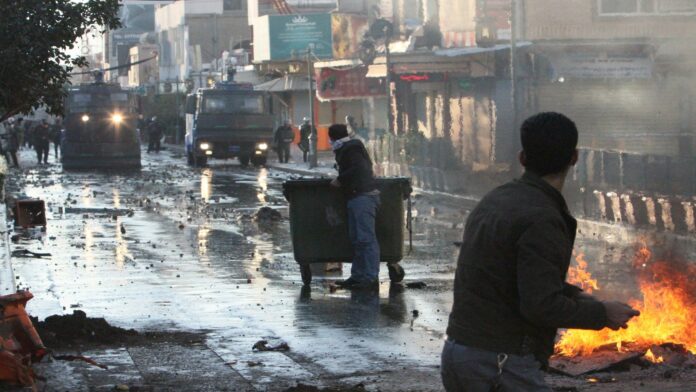 Over the past two weeks, the Kurdistan region has witnessed extremely tough times, a situation that is all too familiar to the Kurds of this country. The utter incompetence of the region’s officials, all of them from the top to the bottom; the endemic corruption; the incompetence; the discrimination; the poverty; and so on … have caused the Kurds of the region to renew and to redouble their cries of protest. In seems that the words of the great philosopher and social theorist, Jeremy Bentham, who believes: “Government is trust, and every branch of government is trust. Therefore, social trust is the result of the independent and responsible work of the citizens of society and the transparency and accountability of their elected institutions,”[1]  have no place in the autonomous region’s politics. The persistence and exacerbation of the miserable conditions in the Kurdistan region have led to the perpetuation of protests to a deeper level, to become more intense and on a larger scale than ever before.

Deeper because the level of demands, criticisms and other protests no longer merely focus on the problems of living standards and the failure to pay the long overdue benefits and salaries, but more and more, involve a deeper questioning of the inefficiency of the structure and the administrative system of the Kurdistan region as a whole; more intense because the level of violence and the intensity of protests on each occasion have surpassed those on previous occasions; on a larger scale because more cities, provinces and regions have participated in the protests and for longer periods, such that  that if the trend of the three elements of depth, intensity and scale of the protests continue along the same path, events will lead to the overthrow of the political entity known as the Kurdistan Region of Iraq; a system of government that has clearly proved its inefficiency for many years.

A new round of protests began in the region on Wednesday, 2nd December, when a large number of teachers, salaried people and people from various sects and segments of society in Sulaymaniyah protested against the failure by the regional government to pay their salaries during the past few months.[2] Protests erupted the next day as well, however, on this occasion the protest marches witnessed incidents of violence due to the intervention of the security forces. However, following a hiatus of nearly nine days in the protest marches, largely due to the severe repression by the security forces, protests resumed again on 11th December in Rania – Sulaymaniyah, as well as in the cities and districts of Halabja, Chamchamal, Bireh Mikron, Darbandikhan and Kalar.

Despite the admissions by officials in the region that the reason behind the non-payment of employee dues and salaries for five months of the current year (2020), was due to the severe budget deficit in the finances of the Baghdad central government, tensions remained high. According to statements by the region’s officials, the region’s monthly revenues amount to $300 million, however, the region’s coffers suffer from a monthly deficit estimated at between $400 and $450 million, being the amount needed to secure the salaries of the regions employees.[3]

However, this time the protest process, despite the above-mentioned points, witnessed a new trend, and although the protesters set forth from the same point of view, there were deeper feelings about holding the political parties in the region to account for the current economic, political and social malaise, including the crisis in the standards of living. In the face of rampant economic corruption of the ruling parties and government officials, these feelings were expressed when protestors set fire to the offices of a number political parties, including the Kurdistan Democratic Party, the Patriotic Union, the Movement for Change (Gorran), the Islamic Union, the Islamic Group and the Kurdistan Social Democratic Party.

The protests became so intense and widespread that the demonstrators attacked government buildings, including the offices of the district commissioner of the Sayed Sadiq district, the Darbandikhan electricity department, the civil registry, the traffic police, and even cultural and art centres in the city centres; a number of these offices were also set ablaze. As a result of the scale and the size of the protests, the region witnessed unprecedented use violence by the security forces in suppressing the Kurdish people in the Kurdistan region, with 5 dead and 110 injured, and more than 150 government and party buildings damaged.[4]

The crackdown by the region’s security forces was so intense that the country’s president, Barham Salih, the United Nations Assistance Mission for Iraq (UNAMI) and representatives of the French and British governments, expressed grave concern over the intensity of the security forces’ crackdown on the Kurdish demonstrators.[5]

Although the Kurdistan Regional Security Council was originally created as a security institution from the merger of “Barastan and Zanyari”, the defence and information agencies run by the two ruling parties (the Kurdistan Democratic Party and the Patriotic Union) with the aim of safeguarding the security of the region, there is little doubt that this security institution has subsequently been used, over the past few years, to control the Kurdistan region. It has an indefensible record in suppressing and quelling the opposition as well as silencing their views about the security of the region’s community, their views on the repeated and multiple arrests of writers, journalists and the critics of reform policies.

The persistence of non-democratic, partisan and individualistic views among the Kurdish parties in Kurdish society has led to the intensification in the grabbing of power and control by a handful of parties and individuals. The scope of this political corruption and tyranny extends to a class bigger than the Iraqi Kurdistan Regional Government, whether at the federal level in the Kurdistan Region of Iraq or on a larger scale involving the central government in Baghdad.

The Kurdish community’s increasing lack of confidence in the existing system of autonomy in the Kurdistan region of Iraq, has made the need to redefine this system more urgent than ever before. Hence, in a society that lacks democratic politics, the people’s lack of confidence in their own government institutions and the very concept of law also increase day after day and may ultimately lead to a crisis of legitimacy. Indeed, there is no escaping the fact that both the Kurdistan region’s framework and administrative system, along with the two dominant political parties, the Democratic and Patriotic Union parties, have been languishing in this state of affairs for many years, but they have evaded responsibility for the consequences of their actions by resorting to the tools of repression and intimidation, by laying the blame on the central government in Baghdad and by playing the security card.