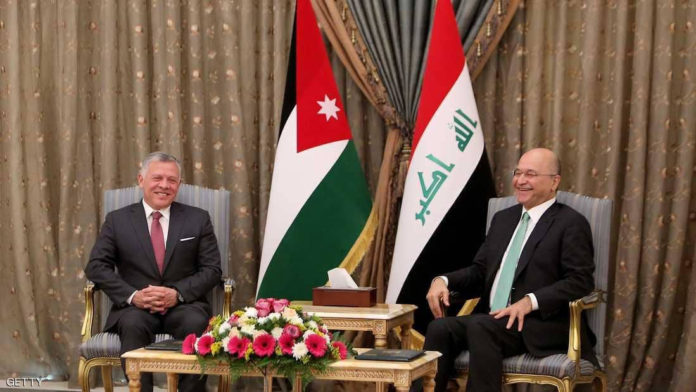 The visit of King Abdullah II of Jordan to Baghdad in January 2019 was an important event and a step forward in the framework of attempts to break the ice on relations between the two neighboring countries, and the first visit of an Arab king to Baghdad after the formation of 6 governments in the post-Saddam era. Jordan was one of the countries that claimed to be neutral during the war to overthrow the tyrant in 2003. In 2000 oil prices ranged around $ 30, but Saddam Hussein was generous with the Jordanians as he sold oil to Jordan for only $ 9.5, and this explained the nature of the relationship built after the liberation.

In addition to the tight security and political relations between the two countries, the economic relations seem to be better, as the two countries are linked by an international line connecting Iraq to the Red Sea through the Aqaba port. Also, Iraq has a large community of more than a million people in Jordan whose population does not exceed 6 Million.

The idea of ​​the oil link between Basra – Aqaba is an obstacle not a product of new circumstances and changes, but rather an old project that Iraq resorted to during the Iran-Iraq war after its oil installations were bombed and destroyed. This prompted the Ba’ath government to search for another outlet to secure oil supplies. Thus preserving foreign currency imports to meet the requirements of the war, the project was launched in 1984, and the idea included the establishment of a pipeline capable of pumping 1.5 million barrels per day, but Iraq gave up the idea in favor of the Iraqi-Saudi pipeline linking Basra to Yanbu, then to the Red Sea. The pipeline pumping was stopped during the Iraqi occupation of Kuwait after the issuance of United Nations Resolution 661 on August 6, 1990, where the Saudi ambassador Fawzi Al-Shabokshi said in his message to Kofi Annan, “After the threats of Iraqi aggression, there is no reason to maintain the pipeline.”

The Project on the Fore Again

Jordan imports oil from Iraq at competitive prices compared to the international pricing of petroleum. Iraq sells its oil with 16 dollars under the market, deducting shipping and transportation costs and the difference in densities, and the imported Iraqi crude oil covers 7% of Amman’s need by 10,000 barrels per day. In March 2013, the head of the authority of Aqaba Economic Zone announced, “An Iraqi-Jordanian meeting was held in the city of Aqaba to discuss the final details of the line between the two countries.”

However, the political tremors that Iraq has been suffering since the start of its democratic experiment and ISIS’s invasion of Mosul and its arrival to Baghdad’s outskirts have led to the postponement of talks on the line. The arrival Mr. Adel Abdul-Mahdi to the authority, the former Minister of Oil with knowledge of the project’s details, the meetings have been expedited. To start with the referral, Omar Razzaz, the Jordanian Prime Minister, told the Jordanian Shafak Agency, “Iraq and Jordan have agreed on February on wide economic files, the most important of which is the decision to exempt 344 Jordanian goods from Iraqi customs duties, the oil pipelines project, the joint industrial zone, transportation, electricity and communications technology.” Jordan met the Iraqi openness in good faith. In April 2019, the Jordanian authorities handed over the former Secretary-General of the Ministry of Defense Ziyad Al-Qattan, accused of embezzling public funds based on a memorandum issued by Interpol. Amman also announced deductions of 75% of the Aqaba Authority fees on the goods sent to Iraq.

The Technical Aspect of the Project

The Jordanian Minister of Energy and Mineral Resources Hala Zawati said, “The next steps will be the extension of the pipeline from Rumaila in Basra to the Aqaba region with a length of 1,700 km.” Mr. Thamer Al-Ghadhban, the former Iraqi Oil Minister, said, “Iraq has completed the necessary arrangements for the construction work of the pipeline, its components and capacity, mechanisms to linking it to Kirkuk fields, sources of financing, and means of implementation and operation. The line will be implemented according to BOOT contracts, a system that includes construction, operation, and investment for a period and then the transfer of ownership.” The Iraqi Ministry of Oil had set May 2020 as the deadline for receiving technical contracts from qualified companies. The line extends from Rumaila to Haditha, with a length of 700 km, and it will connect with the Kirkuk fields and pump one million barrels per day through them until the connection with the K3 station in Haditha is completed, and Basra crude is pumped. There are also seven giant pumping stations on the line, six inside Iraq and three inside Jordan. The project’s cost would range from 5-18 billion dollars if another gas pipeline with 100 meters were added in an initial stage. The former Minister of Transport Amir Abdul-Jabbar said, in a statement to Niqash website, “there are no economic returns for Iraq from this pipeline, but Jordan will benefit from it because of the cost of exporting oil through the southern ports does not exceed 10 cents. While the cost of exporting through the proposed pipeline is 4.5 dollars.” In addition to losing the returns and revenues of ships, the maritime agencies, and services, which will benefit the investors.” Exporting through the Aqaba pipeline will mean passing through the Suez Canal, subject to the same problems of shipping through the Gulf. The best alternative is the Kirkuk-Ceyhan, which costs 1.5 dollars. The pipeline is designed to operate for 25 years and transport 1.6 million barrels per day, but its current capacity does not exceed 350 thousand barrels per day. According to Al Jazeera, the project will add more than a thousand job opportunities inside Iraq and 3000 thousand job opportunities in Jordan.

On March 8, 2018, the American Energy Institute issued a research paper by the former US ambassador to Iraq James Jeffrey and energy projects expert Michael Knights under the title: Iraq’s Energy Future, in which they concluded that the United States should focus its efforts on the energy between the north and the south. Iraq can act as an energy hub between the Gulf states and Turkey and ultimately turn into a bridge to Europe. Washington must also support the Aqaba line project to bring Iraqi gas and oil to Jordan, as this project will reduce Baghdad’s excessive dependence on exporting oil across Hormuz Strait because Iran can threaten the security of the strait. Finally, Baghdad can play a beneficial role as an energy hub between the Gulf, Europe, and the Levant.

But it seems that the winds of heading towards Jordan in exporting oil and reducing dependence on the rest of the outlets are still far away now. Iraq faces difficult and complex financial problems making it entirely unprepared to bear the burdens of financing large projects from the oil revenues. Most of the revenues are used to fund the salaries of approximately 6 Million employees. One of the reasons for reviving the project’s idea is Iraq’s planning to raise its export capacity to 7 million barrels per day. The maximum export capacity from the southern outlets is only 5 million, but things went entirely differently, as Iraq’s exports declined from 3.75 million per day to 2.8 million due to Iraq’s commitment to OPEC + to confront the deterioration of oil prices and a global supply glut.

According to the new circumstances, it seems that the ministry of oil has gradually withdrawn from the project. The ministry’s spokesman Asim Jihad said, “The oil pipeline project is continuing, and it is a future strategic project, but it needs more consultation, study, and workshops that discuss the implementation mechanism.” Al-Sabah, a semi-official newspaper, wrote on June 28 that significant projects were not included in the Iraqi-Jordanian pipeline and quoted the Minister of Oil Ihssan Abdul-Jabbar, “The ministry is seeking to implement major projects, including completing the extension of a third marine pipeline for export through the southern ports in addition to extending two other pipelines, and build additional loading platform.” This implicitly explains the ministry’s retreat from the idea of ​​the Iraqi-Jordanian line. Also, investing in the Ceyhan line politically and economically with the Turks has more priority than the Jordanian line due to the recent Turkish projects on the Tigris and Euphrates, which threatens Iraq’s water security. Therefore, Iraq may take advantage of the Turkish scarcity of crude oil and gas to quench its thirst for water. 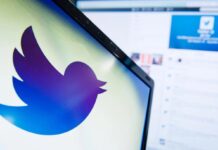