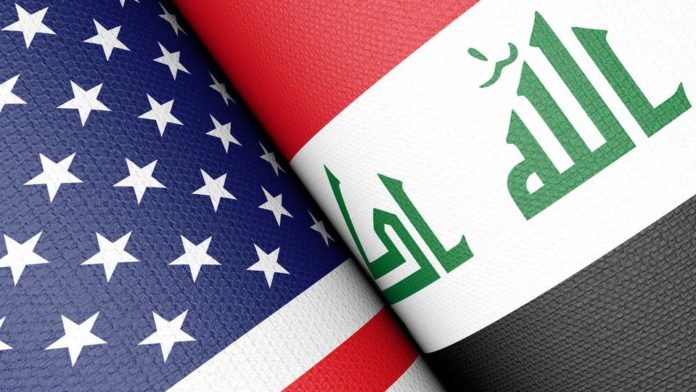 US President Donald Trump has threatened to impose severe sanctions on Baghdad in response to the Iraqi parliament’s decision to remove US forces from Iraqi territory. According to the Washington Post reports, Trump said: “We will withdraw our forces from Iraq, but Iraq must first pay the construction costs of the US air force base,” he added, “we ​​will not leave Iraq unless they pay us the costs of building this base.[1]”

“If Iraq asks the American forces to leave the country for unfriendly reasons, we will charge [Iraq] sanctions as they’ve never seen before, ever,” Trump said to reporters on the presidential plane.

He said that the sanctions that will be imposed on Iraq will “make the Iranian sanctions look somewhat tame.”

The New York Times reports that there are about 5,200 American soldiers in Iraq, as well as several British forces that are part of the international coalition forces to fight against ISIS in this country[2].

In the aftermath of the American attack on the commander of the Quds Force of the Iranian Revolutionary Guard, Major General Qassim Soleimani, and the deputy head of the PMF, Abu Mahdi Al-Muhandis, near Baghdad International Airport, on Sunday 5, December 2020, the Iraqi parliament approved a draft resolution to end the presence of foreign forces on Iraqi soil[3].

While we await further clarification on the legal nature and impact of today’s resolution, we strongly urge Iraqi leaders to reconsider the importance of the ongoing economic and security relationship between the two countries and the continued presence of the Global Coalition to Defeat ISIS,” spokesperson Morgan Ortagus said in a statement[4].

Sanctions are expected to be imposed, and there are indications of Washington’s seriousness if Iraq insists on implementing the Iraqi parliament’s decision to end the presence of foreign forces in Iraq[5]. The most important of which are:

It is unlikely that these sanctions will include the Kurdistan region, as the situation is completely different for the Kurds. However, if the sanctions are implemented in Iraq, this will be fully reflected in the social, economic, political and security conditions. Also, it will cost Iraq a lot of material and moral losses. These events bring to mind the economic embargo imposed by the United Nations on Iraq in 1990 due to the second Gulf War, especially the decisions (661, 665, and 670).

[5]As U.S.-Iran Tensions Flare, Iraq Is Caught in the Middle. https://www.nytimes.com/2020/01/10/world/middleeast/iraq-iran-us-troops.html

[7]As U.S.-Iran Tensions Flare, Iraq Is Caught in the Middle. https://www.nytimes.com/2020/01/10/world/middleeast/iraq-iran-us-troops.html