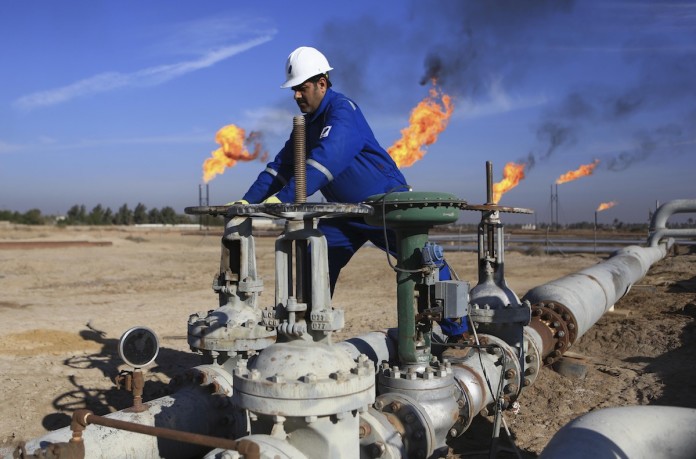 1. Introduction
This report primarily concentrates on the oil sector in ‘federal’ Iraq, i.e. that outside the Kurdistan Region of Iraq (KRI). It can be read in conjunction with my earlier study for the Oxford Institute for Energy Studies (OIES) of the petroleum industry in the KRI.
The defeat of ISIS (Da’esh) in most of the areas held by it in north-western Iraq and eastern Syria, the referendum on independence held by the KRI on 25th September 2017, and the subsequent reassertion of federal control over large areas of northern Iraq, have fundamentally altered the political situation. This has major implications for the oil industry in those areas, but also at a national level.
Since the award of technical service contracts (TSCs) for Iraq’s major fields from 2009 onwards, oil production has risen significantly. However, a great deal remains to be done in boosting oil output further, capturing and using associated gas, developing related infrastructure, meeting national power demand, developing linked industries and restructuring the sector.
At the same time, there have been major shifts in the global energy business and regional politics, including sharp rises and falls in oil and gas prices, advances in renewable energy, reform of Middle East energy sectors and political upheaval and military conflict in Iraq and neighbouring states. Several regional competitors – countries and companies – have been adapting to these changes.
Iraq’s energy strategy needs to be updated to cope with these changes. Broadly, a tactical approach which has made some progress in boosting oil output, needs to be subsumed in a strategic approach to meet Iraq’s energy and economic needs and develop resilience to new challenges. As the country emerges from war, it has the opportunity to take a longer view, and make fundamental changes in its energy sector.
2. Iraq and the Evolving Energy World
The global energy sector is undergoing fundamental changes. At the same time, Iraq is at last in a more favourable situation to tackle its energy challenges, short- and long-term.
The tasks of Iraq’s energy sector can be listed as follows, starting with the most urgent:
Supply the Iraqi population with essential energy services – fuel and electricity;
Earn revenues for the national budget;
Support Iraq’s national security and foreign relations;
Develop Iraq’s economy and population;
Diversify the economy away from reliance on oil exports.