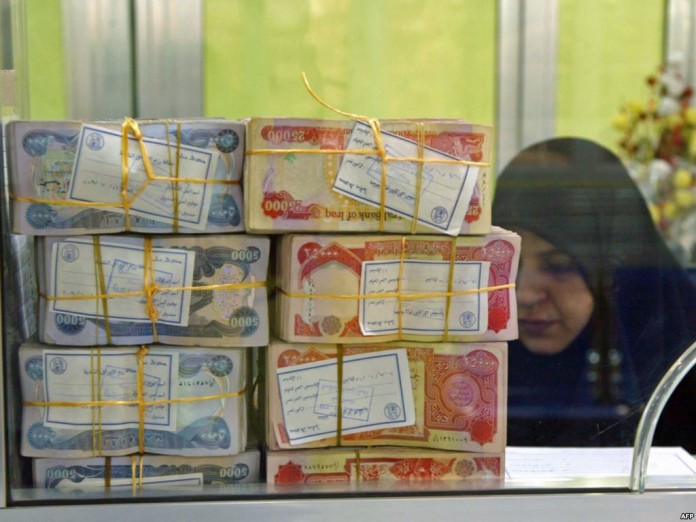 Iraq’s parliament finally approved the 2018 federal budget[1] last week after amendments were made by the parliamentary finance committee to the original bill submitted by the government.  Key takeaways from this budget include cuts to security and defence spending; greater investment in the electricity and health sectors; and an important change to how allocations to the Kurdistan region are calculated.

Total spending is up by 3.5% compared to last year at 104 trillion IQD. The government has opted for a conservative estimate of the average sale price of oil at $46 per barrel and assumes that exports will average 3.888 million bpd. Given that oil prices are currently over $60 per barrel and production is approaching 3.8 million bpd, it is likely that oil revenues will exceed budgeted targets.

Although the share of capital spending is slightly down from last year at just under 24%, the projected deficit has been significantly reduced (by 42%) owing to an increase in both oil and non-oil revenues.

Government salaries this year make up a smaller share of spending (33.4%) compared to last year (35.5%), while expenditures for pensions and social support have also been curtailed to a small degree.

Among the most controversial changes to this year’s budget was the decision to scrap the KRG’s longstanding fixed share of 17% and opt for per capita spending in line with the other Iraqi provinces. This has translated into a significant cut for the Kurdish provinces. In 2017, the KRG’s spending share minus sovereign expenses came to 11.6 trillion IQD. This year’s budget allocates individual shares of actual spending to the three Kurdish provinces based on their respective populations, amounting to 6.6 trillion IQD in total. While there is no mention of the revised figure of 12.67% within the budget law, the KRG’s share of spending for fuel imports, medicines, and food rations (as stipulated in Table D of the budget law annex) do indeed equate to 12.67%. The number of KRG employees has remained the same at just over 682,000, and the budget law commits the central government to paying their salaries on condition that the KRG exports at least 250,000 bpd through the federal government.

The formal conclusion of military operations against Daesh has ushered major security and defence spending cuts for 2018. While the Hashd al-Shaabi budget maintains 122,000 employees, spending allocations have fallen by 12% compared to last year, predominantly due to a reduction in capital spending. Meanwhile, the interior ministry’s budget has fallen by 6.5% including a reduction in personnel from 595,000 to 587,000. A comparison of this year’s budget with 2017’s reveals that the defence ministry’s budget has been slashed by nearly 15%, in part by a 4,000-personel reduction. Much of these staff cuts pertain to high-ranking positions, suggesting that a large number of retirements are being enforced among the military brass.

Among the most notable sectors receiving major increases in spending are electricity and health. The Ministry of Electricity’s budget has more than doubled, with capital spending surging from 844 billion IQD in 2017 to 3,148 billion IQD this year. In part, this is due to external investments such as the $400 million loan from General Electric.

The Ministry of Health and Environment’s budget has also been boosted with a twofold increase in capital spending.  Meanwhile, spending on IDPs has been reduced given the large number of returnees over the past year. The 50% cut in the Ministry of Migration and Displacement’s budget primarily affects operational spending. There are 700,000 less IDPs today compared to this time last year, and the number of returnees has more doubled (1.6m in March 2017 compared to 3.5m today).

Among parliament’s most controversial amendments to the government’s proposed bill is Article 27, which annuls the 3.8% tax on salaries and pensions that was introduced last year as a means to increase non-oil revenues. According to the new law, employees will be retroactively reimbursed for any deductions since the start of this year. Although the amendment was almost certainly introduced by parliament for electioneering purposes, the move puts the government in a difficult position with the International Monetary Fund. The third review of Iraq’s stand-by arrangement (SBA) with the IMF was scheduled for October 2017 but has yet to be completed, and the IMF has indicated its discontent with the existing budget because of the amount of funds allocated to the KRG and the amendment to the 3.8% tax.[2]

Though non-oil revenues have modestly increased by 2% in this year’s budget, the government could pursue two options to rectify some of the inadequacies. It could either appeal to the Supreme Court to strike down amendments that it did not approve, which would most likely happen after the May elections, or it could issue a supplementary budget later in the year once the new government formation process is complete. In any case, the government will need to take into account the pledges made by international donors at the Kuwait Conference last month, so a supplementary budget seems inevitable.

In summary, the nature of the 2018 budget reflects two prevailing realities in Iraq: the culmination of the war against Daesh and the subsequent shift in focus towards reconstruction and services; and attempts by members of parliament to appease their voter bases in the run up to the elections.

[1] The final version of the budget law can be found here https://goo.gl/6j5iSp

The annexes have yet to be publicly released, but the author was able to obtain a copy. Detailed figures in this piece are based on the official annexes of the 2018 federal budget law.