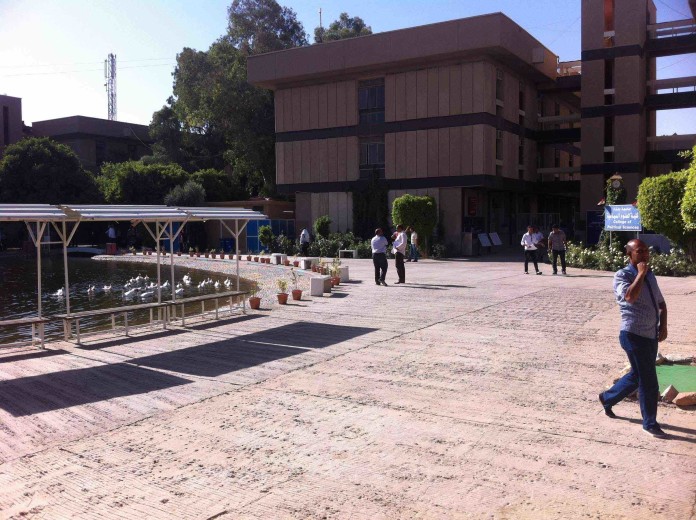 When analysing the vocational paths of higher education in South Korea, America, Germany, Singapore, Japan, Britain, and Australia, it soon becomes clear that these countries were receptive to a philosophy that provided them with greater insight into the structure, orientation, policy and administration of higher education and its scientific and cognitive functions; as well as instigating systems for accountability, external oversight, transparency and the stimulation of scientific research. Thus making these countries net producers of scientific knowledge, creativity, innovation and leadership. But the most important question is: how did all this happen?

The answer comes from the concept of governance, which forms an important and decisive rationale behind an effective, cohesive and strong education. These countries have struggled to dismantle classical governance and to replace it with new types of governance, primarily a decentralized system that has contributed to the development of exceptional higher education systems. As with a number of institutions of higher education, the restructuring of higher education in Iraq should be viewed from several angles, especially that of governance. In light of the current reality of higher education in Iraq, the country is not in a position to make any progress, especially following decades of a centralized system, established in the 1970s and burdened by layers of red-tape. From a survey I made of global educational systems, I believe that restructuring the higher education system in Iraq, in accordance with the criteria that follow, may indeed achieve excellence and dismantle the traditional outdated and outmoded hierarchy. It will also provide an important impetus for the evolution of higher education institutions and their peripheral organisations. This will then be reflected in the enhanced development of society and the national economy.

Council for Strategic Policies and Visions

The Council will be tasked with mapping visions, agendas and programmes; and putting in place the necessary mechanisms and arrangements to achieve these visions and objectives. Additionally, to develop programmes for and reform the perceptions of a sector that is insular and inward looking, and open it up to the world. The Council will promote the concepts of merit, rights, leadership, innovation and the harmonisation between universities. And along the way, will remove any obstacles or difficulties that may impede the realisation of these objectives. With regard to financial matters, the Council will establish procedures for the approval of agendas and initiatives and develop detailed mechanisms for the appraisal of the related financial costs and the renewal of relevant strategies. In order to achieve this, reliance will be made on two fundamental and mutually reinforcing phases: the first phase- defining the visions, scenarios and mapping strategies; and the second, and this is most critical, transforming these visions, scenarios and strategies into real practical outcomes, executed in stages that have a tangible impact on the ground. The membership of the Council will include experts from inside and outside Iraq, specialising in education, and ensure that none of them has any direct or indirect links with the universities. Examples of such strategic centres are: the Federal Committee for Educational Planning and Scientific Research in Germany and the Office for Education at the White House.

Establishing a Confederation of Iraqi Universities

The aforementioned regime is already in place in America; there is the New York State University Federation, the Arizona State University Federation, and other similar organisations. The creation of the entity of the University Confederation does not mean that each and every university will have to subscribe to the same management model, or resort to “sector” management to achieve its stated aims. Harvard and Princeton are always competing for the top spot in the world, but each operates a different management style; the important thing is to reach the same result despite using different methods to get there.

Establishing a National Board for Academic Accreditation, Quality Standards and Evaluation

It is wholly unacceptable for employers and other stakeholders to have an educational system that lacks external oversight. For this reason, decades ago most countries established independent bodies that monitor the performance of universities to ensure that they performed the tasks entrusted to them. Exceptionally, Iraq’s is the only educational system that is still without external oversight. Accordingly, it is necessary to establish a body to monitor reliability and quality and for it to be financially and administratively independent from the other organs of higher education. It should also be vested with wide supervisory powers over all universities in Iraq. This body will be charged with the task of evaluating each university according to established academic accreditation standards, as well as undertaking a diagnosis of the obstacles and problems preventing the particular institution from implementing strategies, programmes and projects put in place to improve their performance and achieve their goals. The Board will continually monitor the performance indicators for each university and take appropriate follow-up measures to facilitate the achievement of the strategised objectives. The accreditation body will be the supporting arm of the Council for Strategic Policies and Visions in its work with the universities in order to achieve the vision and direction, and by providing support in monitoring achievement and implementation of their tasks based on quality standards and academic accreditation. The Board will make available all relevant statistical data and information to the Higher Education institutions to enable them to determine the extent to which they have succeeded in fulfilling their objectives and operational programmes and will also act as an important portal for directing individuals towards sources of information that will help them differentiate between effective successful universities and those that offer degrees for financial gain.

The implementation of this organizational structure will contribute to uniting efforts through clarity of objectives, the participation of all institutions in achieving these objectives, and will also focus on achievement through the division of labour; decentralization through all levels of work and the creation of a creative and innovative environment. Advancements in organizational restructuring is a prerequisite for the reform of education, a grand objective that is second to none. Therefore, a new organizational structure of higher education should be created that suits the cognitive, social and economic variables of the country.