Working in parallel with the effort to support Iraq’s armed forces to defeat Daesh, the international community recognises that it also has an important role to play in Iraq’s economic reform agenda. Only a rejuvenated and robust economy can effectively address the country’s reconstruction and governance challenges. Forging a coherent strategy will require international expertise, but the first step is to ensure that any baseline assessment of Iraq’s institutional problems is grounded in a rigorous approach that harnesses the local know-how of Iraqi specialists.

On April 6, the United Nations Development Program (UNDP) hosted a national consultation conference with governmental and civil society stakeholders in Baghdad to review Iraq’s anti-corruption road map. Speaking at the event, Prime Minister Al-Abadi described the interplay between corruption and terrorism, noting how his first step after assuming office focused on rooting out corruption within the military and security establishments.

That discussion shifted to how experts can better assess the extent of corruption in Iraq. Head of the country’s anti-corruption watchdog, Hassan Al-Yasiri, cited Transparency International’s Corruption Perceptions Index (CPI) and offered some recommendations on how to enhance the quality of the CPI assessment in Iraq. Al-Yasiri called on Transparency International (TI) to open an office in Baghdad in order to better gage the extent of Iraq’s challenges and the efforts undertaken to tackle corruption. TI has nearly 120 national chapters around the world, with 9 offices in the Middle East including in Yemen, Kuwait and Tunisia. Al-Yasiri also suggested that the CPI should increase the number of data sources for its assessment on Iraq.

While there are inherent weaknesses in the CPI’s approach, it is nonetheless considered the gold standard in gaging levels of corruption across 177 countries around the world. A closer analysis of the CPI is not only instructive to determine how TI can better engage with Iraq, but it also speaks to a broader point about best practices that international experts need to adopt if they are to play an effective role in Iraq.

The CPI is a composite indicator that draws on 13 data sources that measure perceptions of corruption. Some of these sources are region-specific, such as the African Development Bank Governance Ratings, or the Bertelsmann Foundation Sustainable Governance Indicators, which only covers OECD and EU countries. For the 2016 CPI report, Transparency International relied on data from 5 sources to determine Iraq’s overall ranking. They are: the Bertelsmann Foundation Transformation Index 2016; the Economist Intelligence Unit Country Risk Ratings 2016; the Global Insight Country Risk Rating 2016; the Political Risk Services International Country Risk Guide 2016, and the Varieties of Democracy (VDEM) Project 2016.

None of the five surveys are conducted by experts based in Iraq, which seems to defy the purpose of the exercise. Perceptions are by nature subjective, so it is all the more necessary to focus on the impressions and feelings of individuals that have first-hand exposure to public officials and corrupt practices in Iraq.

The second troubling aspect of the CPI is, ironically, the lack of transparency in the assessments that TI depends upon. Of the five data sources that make up Iraq’s overall score, three sources are not even publically available. Only paying customers can access the country ratings produced by IHS, Political Risk Services, and the Economist Intelligence Unit. Moreover, IHS, which publishes the Global Insight ratings, no longer shares its reports with Transparency International. Instead, the data is accessed through the World Bank’s Good Governance Indicators portal, which offers only bare bones figures and no detailed analysis. It therefore becomes very difficult for researchers (and Transparency International, for that matter) to ascertain the basis on which these ratings were scored.

For the reasons outlined above, a more rigorous assessment of Iraq’s CPI score would need to incorporate additional data sources, as Al-Yasiri correctly points out. Beyond the five existing surveys, there are three more sources recognized by Transparency International that could potentially include Iraq in their assessments but have yet to do so: the IMD World Competitiveness Yearbook; the World Economic Forum Executive Opinion Survey (EOS); and the World Justice Project Rule of Law Index. All three have incorporated several other Middle Eastern countries in their assessments. In fact, the only MENA countries that have been omitted from the World Economic Forum’s Executive Opinion Survey are Syria, Libya and Iraq. Crucially, the EOS captures the views of leading business executives that have first-hand experience with the national business environment. The World Economic Forum (WEF) works closely with over 160 so-called Partner Institutes to administer the surveys. These are typically locally-based non-governmental research institutes with an in-depth understanding of their respective countries’ economic and administrative environment. Furthermore, the EOS is part of a broader assessment conducted by the WEF known as the Global Competitiveness Index that measures a whole host of other dimensions including macroeconomic policy and innovation.

Much like the EOS, the IMD World Competitiveness Yearbook (WCY) incorporates the views of both national and international business executives. In 2016, 5480 business leaders across 61 countries responded to IMD’s survey. Finally, the Rule of Law Index produced by the World Justice Project (WJP) takes a far deeper dive into the conduct of public officials within the three branches of government and their compliance with the law. Country experts are asked a total of 53 questions and the WJP has already incorporated 7 Middle Eastern countries into their index.

Beyond the need to seek out authentic local voices, any serious assessment needs to be grounded in raw data that is reliable and up to date. This is where so many reports on Iraq fall short, often because of a basic lack of understanding about the nature of the research environment in Iraq. Official government data is notoriously difficult to access online, but that does not mean it cannot be obtained through perfectly legitimate means. In many cases, the reasons for why such data is not readily available has less to do with a deliberate policy to withhold information and more to do with a weak culture of transparency and a lack of technical expertise among public officials. A case in point is the government’s official data collection and statistics agency known as COSIT. Its official website contains only a fraction of the public reports that it publishes, but local NGOs are able to freely obtain copies of COSIT’s reports by making very simple written requests.

This brings us back to the original point: researchers who are on the ground, cultivating working relationships with public officials have a distinct advantage over those who are solely dependent on online resources. If the international community is serious about offering sustainable solutions to help Iraq break the cycle of corruption and mismanagement, it is incumbent to recognise that this work cannot be done without adopting a collaborative approach that brings local Iraqi stakeholders fully on board.

Of course, a rigorous baseline assessment is just the beginning of a long journey towards addressing corruption. Iraq will face an uphill struggle to root out corrupt practices that have become entrenched within the institutions of the state. That is why a prerequisite to proposing remedial actions such as corruption-proofing legislation is to have a sound understanding of the existing bureaucratic landscape that enables corrupt public officials to operate with impunity. Even if there is the political will to seriously address this problem, whistleblowers and corruption investigators will need sufficient safeguards to ensure that they can carry out their work safely. 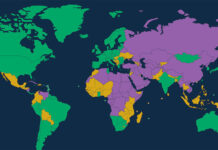 Iraq in the World Freedom Index 2021 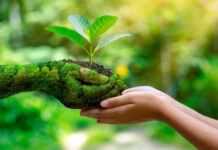 Sustainable development and the requirements of the rule of law 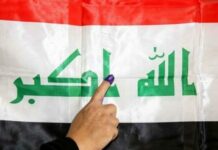