Cycles of oppressive government, poverty, nationalism, extremism, economic and political instability and ethno-sectarian violence in a geographic area of vague definition. These characteristics are only some of the terms commonly used to describe the Middle East and North Africa region today. However, a mere hundred years ago, these same terms could be applied to Europe as a whole. The region suffered from chronic violence and instability along racial, ethnic, political and religious lines, culminating in the devastation of World War II. Since then, however, the region has been stable, economically prosperous and more unified than it has been in recent memory. And it owes a significant deal of that to the European Union. Regardless of the current wave of Euroscepticism sweeping over Europe at present, the European Union has successfully integrated the social, economic and political structures of nation states that have traditionally been hostile to one-another. Can the Middle East and North Africa region draw any lessons from Europe and the European Union? What would it take to create a prospective Middle Eastern Union? 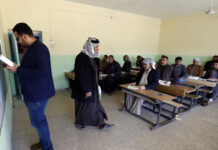