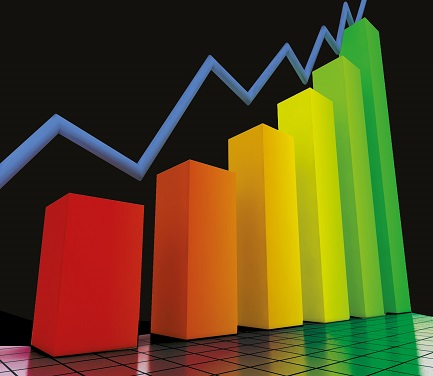 The fall in oil prices in the second half of 2014 came as a surprise to the Iraqi government and this led to several revisions of the budget. Several challenges were posed to the economy, given the reliance on oil, including cashflow to meet state sector salaries and expenses, meeting payments to international oil companies (IOCs), and continuing to finance the war against daesh and the humanitarian effort to help internally displaced persons (IDPs). But perhaps more importantly the fall in oil prices also identified several weaknesses with the management of the economy such as poor planning, under developed private sector, over-reliance on oil, and bloated state expenditure. Despite the fact that several analysts had predicted the fall of oil prices in 2014, Iraq’s government had expected prices to remain at or above $90 as late as October 2014.

Iraq’s Council of Representatives approved an austerity budget on 29 January 2015 that included revenue forecasts of 94.05 trillion IQD versus expenditure of 119.59 trillion IQD, a deficit of 25.54 trillion IQD. Oil sales are expected to contribute 78.65 trillion IQD to state revenue or 83.6% of total income, but the true figure is likely to be over 90%. Exports of oil were pegged at an average of 3.3 million barrels per day (bpd) at a sale price of $56 per barrel. The budget deficit was to be met by a combination of bonds and loans, from domestic and international sources.

As of the time of writing of this analysis, the oil price in 2015 has averaged at under $56 so far. This target figure of $56 requires that the market price be higher by about $10 because of the costs associated with export. If Iraq were to achieve 3.3 million (bpd) of exports it would be a record and a return to levels not seen since the late 1970s.

Unfortunately the figures from the first three months of 2015 are underwhelming. Iraq has not met the export amount target or the sale price target. The target average monthly revenue from oil sales according to the budget is $5.54bn but as the table below shows, revenues so far have fallen far short of this.

The total expected revenue for the first three months of 2015 was $16.63 billion but the actual revenue was $11.12 billion, a deficit of $5.51 billion or 7.11 trillion IQD at current exchange rates. This will of course be added to the existing deficit of 25.54 trillion IQD for the annual budget.

For April the expected export numbers, according to recent comments by the Oil Minister Abdel Mahdi, are:

The deficit for April will come in at $0.7 billion which when added to the first three months will equal to a deficit of 8 trillion IQD. This pushes the budget deficit to over 33 trillion IQD and with oil prices for the second quarter of the year expected at $56 it seems that there will be further additions to the deficit in the coming months. According to the US Energy Information Administration, only in the final quarter of the year will it be likely that the price of Brent crude oil averages $67, and thus Iraq will meet its sale target of $56. Even if export does reach 3.3 million bpd in the coming months, there will still be a deficit until the final quarter, which will further increase the overall budget deficit by 5 to 6 trillion IQD.

In addition, it seems highly unlikely the Iraqi government will be able to raise the other 16.4% of the budget from non-oil sources, and therefore the total deficit will actually be greater still due to the fact that oil will produce a greater share of the government revenues.

One important point to note is that at the time the budget was approved in January the exchange rate was $1 = 1,160 IQD. While the official exchange rate has remained the same, there is a likelihood that this will change because the Iraqi government has borrowed money from domestic banks and is taking other emergency measures to increase its money supply. Iraq receives export payments in dollars, so a falling IQD value may wipe out part of the increased deficit, because the Iraqi budget is calculated in IQD. Of course a falling dinar will have other effects and it is likely this will increase Iraq’s budgetary and economic problems.