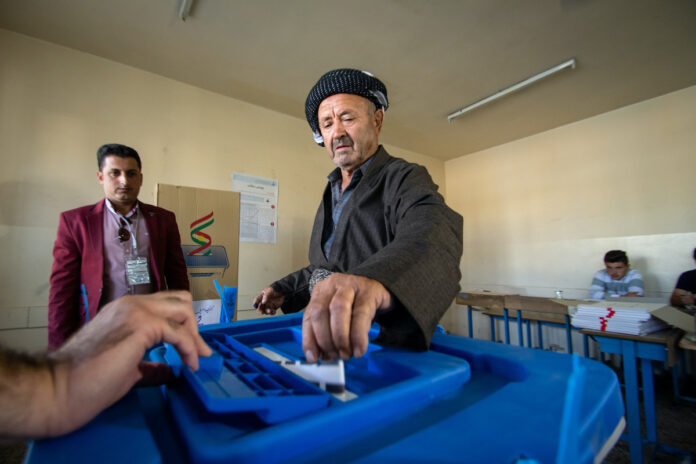 The signature of the President of the Kurdistan Region last February on the regional order to set the first of the coming November as the date for holding parliamentary elections in the region, paving the way for the sixth session of the Kurdistan Parliament, which saw the light for the first time in 1992.

With the entry of the United Nations Mission in Iraq on the line of the region’s elections through attempts to gather the Kurdish forces at the dialogue table. So far, there are no clear indications that the elections can be held on time, in light of the demands to amend the electoral law in the region and to move to multiple electoral districts, similar to the legislative elections that the country witnessed last year.

First: The establishment of the Kurdistan Region Parliament

The Kurdistan region witnessed the first electoral process in the nineties of the last century, specifically in May 1992, when elections were held for the region’s parliament to take over legislative tasks in accordance with the Kurdistan National Council Election Resolution No. 1 issued by the Kurdistan Front. As a result of those elections, the two main Kurdish parties won all the seats; Because of the electoral barrier that was put in place at the time, the Kurdistan Democratic Party and the Patriotic Union of Kurdistan each won 50 seats, which left 5 seats for the other parties.

This round witnessed an increase in the number of members of the Kurdistan Region Parliament from 105 to 111. Three electoral lists won all the votes, as shown in the following table.