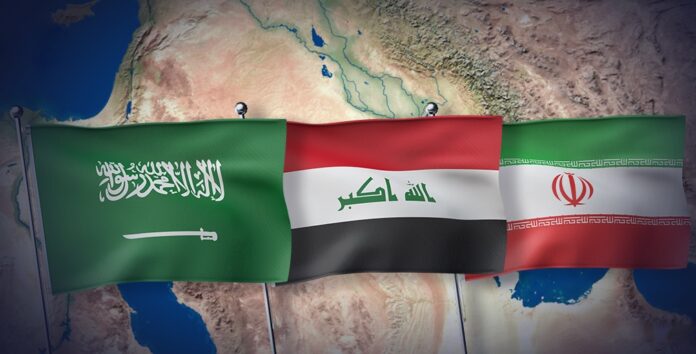 Iranian-Saudi relations have witnessed many ups and downs since the victory of the revolution in 1979 and the establishment of the Islamic Republic in Iran, and thus can be divided into three periods of cooperation, competition, and conflict according to internal, regional, and international events that determine the type of relationship between these two countries. The Saudi-Iranian relations were characterized by intense tension; Because of political and sectarian differences throughout history, it reached to sever diplomatic relations between the two countries on many occasions. Relations between these two important regional powers may be considered tense, to the extent that in the past three decades they were severed twice. Diplomatic relations were severed for the first time in the 1987 Mecca incident – the killing of Iranian pilgrims -, and the second time in 2016 after the Saudi diplomatic sites were attacked in Tehran and Mashhad; Following the execution of prominent Saudi Shiite cleric “Nimr al-Nimr”. In the first case, relations between Tehran and Riyadh were resumed after four years, but in the second case, after six years, diplomatic relations between the two countries are still severed.

In recent years, many regional and international countries have sought to mediate and ease tensions between Tehran and Riyadh. Some regional and international countries such as (Qatar, Kuwait, and Russia) – at the beginning of 2021, especially after the expiration of the presidency of “Donald Trump” and the Gulf reconciliation – advanced to mediate between Riyadh and Tehran. After the successful attempts of Kuwait to mediate between Qatar and the Gulf countries that boycotted Qatar, which culminated in the Al-Ula Agreement, this country presented the issue of mediation between Iran and Saudi Arabia. Internationally, Russian Foreign Minister “Sergey Lavrov” announced in January 2021 that the Russian government is ready to mediate between Iran and the Arab countries, to resolve the conflict between the two parties.

In general, from April 2021 to April 2022, Baghdad hosted five rounds of talks between Tehran and Riyadh officials. The fifth round of talks between Saudi Arabia and Iran in Baghdad sparked a new sense of optimism, as Iraqi Foreign Minister Fuad Hussein described the fifth round as positive, indicating that Baghdad is embracing a new round. Iranian Foreign Ministry spokesman Saeed Khatibzadeh said he saw progress in the latest round of talks, which he described as “positive and serious.”

Therefore, this analytical paper seeks to answer two main questions: First: What are the reasons that prompted Tehran and Riyadh and their willingness to negotiate after six years of severing diplomatic relations? And second: What are Iraq’s motives for mediating between Iran and Saudi Arabia and its repercussions on Baghdad? To answer these two questions, the research structure is divided into four sections. After analyzing the roots of the dispute between Iran and Saudi Arabia and its historical and emerging causes, the reasons for holding the Iranian-Saudi talks and their motives will be mentioned, and in the end, the role of Baghdad in the Iranian-Saudi talks, and its consequences for Iraq, will be studied.