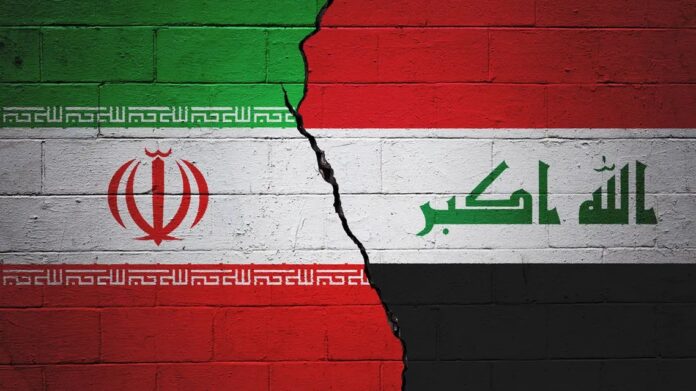 The shared Iraqi-Iranian border is known to be wide and fraught with dangers. As different historical eras folded, full of disputes and convulsions. But today is the time to zero in on the controversial points, narrow the circle of tension, and diagnose everything that would disturb the atmosphere between the two countries; to build solid relationships. Some of the factors that produce tension are geopolitical and historical factors, and others are related to recent or emerging crises. Each of them must be diagnosed and analyzed according to its importance and risk. Among the interesting points are: The entry of the popular element to influence the compass of bilateral relations. Due to the dictatorial rule of the Iraqi regime in the past, the popular factor was not a major player in the type of relationship between the two countries, that is: it was incapable of the simplest elements of influence, but today it has turned into one of the factors that are considered and taken into account clearly.

The second point: It is one of the problems that will contribute to affecting the stability of the systems of both governments, positively and negatively. For example, the support of the Arabs in Iran, and in return the Iranian interference in the affairs of the Shiites of Iraq. There are other points of contention related to the culture of the two peoples, as governments can mitigate or deepen them, but they are – fundamentally – linked to the customs, traditions, and history of both peoples, including the prevailing behavior of tourists in both countries. There are other matters that may happen concerning both countries, the people and the government, at a time when the two sides are going through a phase of stable positive relations, at a time when one of the two peoples looks at the government of the other people negatively, as happened, for example, in the October demonstrations.

In this research, some of the major crises between the two countries are studied and discussed in view of the type of danger and the proportion of its severity according to the above-mentioned sequence.

This geopolitical crisis is ancient, that is: it does not end with the succession of governments and regimes because it is rooted and linked to the same relationship between the two countries. First, the water crisis involves how to benefit from the surrounding waters, and secondly, the demarcation of water borders. The first is related to the current contemporary circumstance, and the second is related to ancient history, and with regard to the demarcation of water borders, it must be taken into account that the importance of “Shatt al-Arab” in addition to “Khor Abdullah” are the sources of life for Iraq, and it is the only outlet that connects it to free water and global trade. The “Shatt al-Arab” issue is a complex issue for both parties, as it has caused great disputes and losses throughout the regimes, in addition to the recent seasonal rivers and water scarcity, and Iran’s control of their streams for its own benefit, rendering Iraq unable to use sufficient quantities of water. It is worth noting that the issue of environmental problems links the two countries together as an interconnected series, because the water scarcity in Iraq, and the tightening of the water noose upon it, would exacerbate the sandstorms crisis and environmental pollution that negatively affect Iran, especially in its western and southern borders. These common interests apply themselves to the issue of the borders of “Shatt al-Arab”. Just as Iraq considers itself entitled to use the waters of the “Shatt al-Arab” in order to increase the level of trade, Iran sees itself entitled to preserve its territorial integrity. The efforts of the two countries in recent decades have focused on the ownership of this waterway, while the two sides are ignorant of the purpose of the canal’s ownership, and how to divide its waters, and benefit from them away from the occurrence of any border dispute. The main objective of resolving the conflict was to control only the Shatt al-Arab waterway. No attention was paid to the possibility of finding another way to secure the interests of both sides away from the tense situations. The two parties must accept the highest levels of legal commitment, in order to bring the two countries a calm atmosphere to achieve common interests.