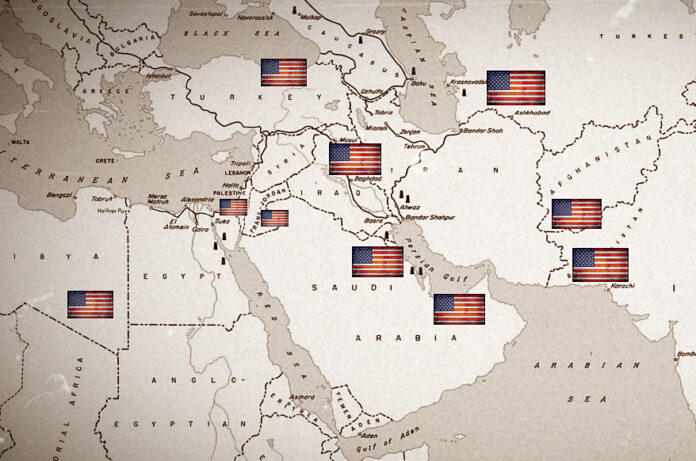 The US administration led by “Joe Biden” confirms that the US policy in the Middle East will remain steadfast, and Washington remains committed to the security of the region and the protection of its countries. However, what is being taken against this administration is the ambiguity and its lack of a clear policy (this is the third US administration that follows the same policy since President Obama began to pivot in his policy towards Asia and then President “Trump” followed him in that). Still, the choices of that administration, like the ones before it, fall somewhere between “commitment” and “withdrawal,” and between “remaining” and “leaving.” Which is embodied in the separation between official US statements, which affirm commitment and survival in the Middle East, and between intentions and actions that confirm the opposite.

The result is that the ambiguity and uncertainty that surrounded US policy towards the Middle East made the countries of this region ignorant of the role required of them, and what the United States intends to offer them. Which led to a vacuum in the region that made each country act on its own, which sparked new regional catastrophes that pushed things out of control.

We can monitor many cases that represent a state of ambiguity and lack of clarity in US policy, in terms of its handling of the region’s files, including:

Blinken assured his guests that the US administration remained “committed to sustainable, long-term relations with all of its partners in the GCC.” The reaction was summed up in the question that Saudi Foreign Minister Prince Faisal bin Farhan has asked “What is the plan?”. There is no doubt that the question of the Saudi foreign minister is specifically related to the future of US policy toward Iran, especially if negotiations to revive the nuclear agreement collapse. With those efforts made by the Biden administration to reassure its allies in the region, they did not address enough details about what US policy in the region is, or about how the Biden administration intends to proceed with policymaking. What the allies of the United States, and even its opponents, need to know is what will America fight for?! And what would it not fight for?! What are the goals that the United States intends to achieve for the region in the next 10-15 years, and other questions that need to be removed from doubt and ambiguity.

Hence, the absence of a clear American agenda toward its allies in the region is one of the manifestations of that ambiguity in American policy.