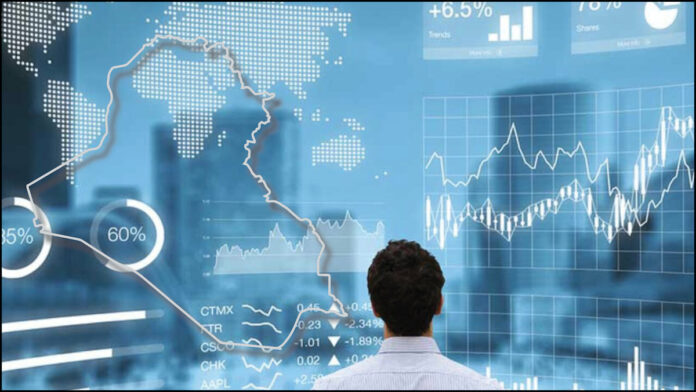 The knowledge economy gives the consumer greater confidence, a wide variety of choices, achieves electronic exchange, changes old jobs by creating new ones, disseminates and produces knowledge in many areas, forcing institutions to innovate and create, and respond quickly to customers’ needs.

Lack of interest in the knowledge economy and what it consists of, that is: we will witness the decomposition of culture and societal values in Iraq before the great tide created by external patterns. The cultural tide in Iraq is characterized as a traditional consumption pattern that is unable to create content or even preserve national identity.

Iraq possesses great potential for advancing the knowledge economy, including youth capabilities and a high percentage of young people, as well as the willingness of these young people to develop skills and adopt modern patterns of business. The financial resources owned by the Iraqi state also provide a flexible financial space for spending on programs concerned with creating skills, providing infrastructure, and spending on programs concerned with this matter.

The best model is applied in Iraq through investment, and through the National Investment Commission in building so-called smart cities that adopt high patterns of education, smart programs in management, and the production of smart applications. These cities are working to attract skills from other regions to live in them and consider them a pioneering model that can be applied in other regions through simulation and growth contagion.

The world has witnessed a set of changes in all fields of life. the world – with these changes – is a small village in which distances between countries have been shortened. Information and technology have become the most important keys to production, and knowledge is now seen as a basic economic resource capable of creating the conditions for growth, absorbing employment, and raising the rate of national income, which day after day has become a leading pillar of growth and an indicator of economic development and diversification. Economic transformations and technological and informational developments have changed the features of life and changed many of the lifestyles that prevailed in the past in light of the developments that the world witnessed during the two decades of the twentieth century. This development led to enormous changes from the previous centuries, and this change had a great impact on human societies, especially in the economic fields.

To clarify the role of knowledge shifts in the transition from a traditional economy to a knowledge economy, we must answer the following question: How can knowledge transformations in the economy throughout human history lead to economic development?

First: Knowledge shifts in the economy throughout human history

The foundations of economic power and its axes for nations and peoples have changed throughout history, starting with steam power and ending with the knowledge economy. Since 1990: this stage has been characterized by the control of computers and electronic devices over the economic power of countries, and the countries that invented and developed the computer and information systems are called countries with a knowledge economy, that is: the knowledge economy has become one of the most important basic criteria determining the development and progress of countries.

The stage of the emergence of an economy based on science, knowledge, and technology (Knowledge Economy) did not appear overnight. It was preceded by several stages that had a significant impact on its emergence and development; To understand the emergence of the “knowledge economy”, it distinguished three basic stages of the development of human societies, or the so-called “three waves”, from the agricultural society to the industrial society; To reach the knowledge society:

The first transformation: the agricultural community or the “natural economy”: The description of the stage in which man relied mainly on nature may constitute the first transformation, describing that human, since the beginning of time, has been dependent on nature and its resources automatically. Thus, the stage of the agricultural community is a natural extension and an innate product of this human behavior from the point of view of history, but economic history has other criteria that were relied upon to describe the stage of what was called the agricultural revolution, which gave birth to its agricultural society as the first transformation under the nature economy. This shift was closely related to the change from a hunter’s lifestyle to a more sedentary one; It is based on agriculture with the beginning of the domestication of different plant and animal species, depending on the locally available species as well as the influence of local culture as well. Recent archaeological research indicates that the transition from hunting to agriculture was through the establishment of cities and human conglomerates. For many centuries, the economic concept did not form that human grouping that might be considered a society that carries within it the seeds of an integrated economic model. The population was few and scattered, and economic activity was non-existent and did not exceed the limits of individual sufficiency. The first transformation was known as the “agricultural economy”, as agriculture in this era was considered the main source of production and wealth. “Agricultural knowledge” was concentrated in specific areas, and arriving at an idea, innovation, or particular discovery became the preserve of those who discovered it, which led to a slowdown in the development of knowledge, and the loss of many of its secrets and achievements.