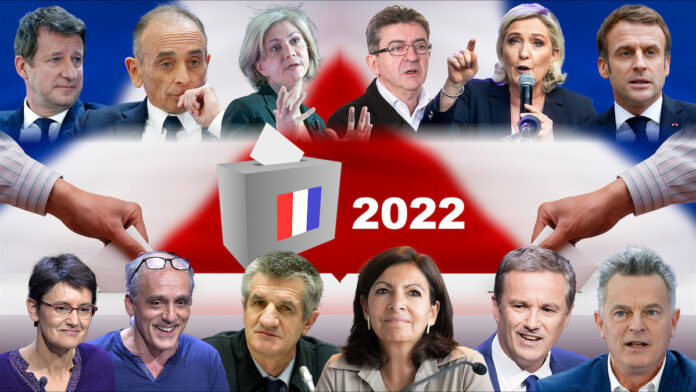 Khudair Abbas Al-Dahlaki/researcher in the affairs of the extreme right/student in the Ph.D. program in public policies/Al-Nahrain University.

On the eve of the French presidential elections’ vote counting; Emmanuel Macron has been re-elected as France’s president for a second five-year term, defeating his rival, Marine Le Pen, who scored the highest score for a far-right candidate in a presidential election since the founding of the Fifth Republic in 1958. Estimations indicate that Macron won by 58.5%, compared to 54.1%, knowing that 28% didn’t vote. After the results were announced, the elected president and the candidate of the French National Rally Party, which represents the extreme right, addressed their supporters. The following is a focused review of the most important of the two speeches, with analysis:

He thanked all the citizens who expressed their confidence in him and that he owed them, saying: “He is no longer a candidate for a political current; He is now the president for all the French people.”

Those who voted for him chose an ambitious humanitarian project for a more independent France, a stronger Europe, a republican in its values, a social and environmental project based on work, creativity, and innovation, and the liberation of university, academic and cultural forces to initiate businesses.

As for the war in Ukraine, he indicated that he would work for France to hear its voice, clarify its options, and build the force it needs in all areas.

He addressed the groups that voted in the elections:

First – He understands that some voted for him, not believing in his ideas and programs, but rather to block the way on the power-seeking extreme right. And that his duty imposed on him to understand their position and answer their questions for the next five years.

Second – He understands the motives of those who boycotted the elections, and that he will work to answer their questions and solve their problems.

Third – He addressed the people who voted for (Marine Le Pen) that he understands their anger, and will take into account the difficulties and problems they are going through.

Analysis: The speech emphasizes the most important points on which France’s policy for the coming years of Macron’s new term will be based:

Enhancing the building of France’s strength and independence, and the strength of Europe, and here is a reference to the importance of Europe being self-reliant, and the need to reinforce European military capabilities and economic resources.

Emphasizing the social and environmental dimension in addressing the social challenges and problems plaguing France. These problems were the most important programs put forward by the far-right candidate (Marine Le Pen), we estimate that President Macron will pay great attention to internal affairs in the next five years.

Addressing his speech to those who didn’t vote, or who voted for his opponent, is a preemptive step for the legislative elections that will be held on June 12, to preserve the majority enjoyed by his “La République En Marche!” movement in The National Assembly and The Senate.