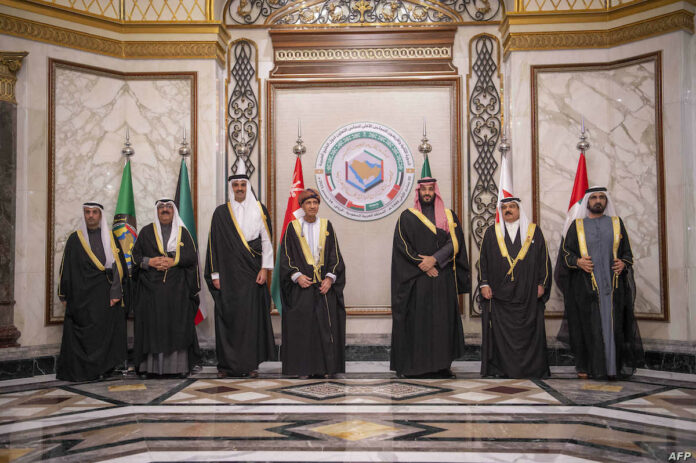 Mufeed Al-Zaidi / Professor of Contemporary History at the University of Baghdad.

It can be said that the US invasion of Iraq in 2003 is the framework that determined the future of Iraqi-Gulf relations. Iraq faced many challenges, including its foreign relations, which it sought to improve, especially with the countries of the Gulf Cooperation Council, until the Gulf reconciliation was achieved at the beginning of 2021, when the Gulf Cooperation Council countries succeeded in reaching reconciliation with Qatar at the (Al-Ula Summit) that was held in Saudi Arab.

Thus, this study is concerned with trying to understand the impact of Gulf reconciliation on Iraqi-Gulf relations in the future.

At the outset, it must be noted that the Iraqi invasion of Kuwait on August 2, 1990, led to an imbalance in Arab-Arab relations, and Iraq’s relations with the GCC countries became tense. With the emergence of regional crises that threatened the security and stability of the region, leading to the US occupation of Iraq in 2003, which constituted a new stage in the entire Arab regional system. On the other hand, Iraq pursued a policy based on building good relations with the countries of the GCC and succeeded in that to a large extent. Iraqi politics after 2003 adopted an approach based on staying away from differences and conflicts between countries, including its relations with the Gulf Cooperation Council countries, which proceeded amicably – after 2010 – based on common interests. Iraq opened embassies for it in those countries, and after years, GCC countries took the initiative to open embassies in Baghdad as well.

Then the GCC states faced an embarrassing situation regarding Iraq, after an agreement was reached between it and the United States of America, which provided for the withdrawal of American forces in 2011, and the start of a new phase in Iraq-U.S. relations. It was ambiguous to the Gulf at that stage. The GCC countries held a summit in Riyadh on December 18, 2011, stressing – in the final statement – their fear of a political or security vacuum left by the US presence in the country. Which may lead to instability, and that the withdrawal of US forces will make Iran a major regional state in the region, and the balance will be tilted to it, which increases the space for its intervention in Iraqi affairs, with the existence of stable strategic relations between the United States of America and the GCC states in the first place. It was reflected during the administration of President Barack Obama in building a strong and multilateral security alliance with it.

The signing of the nuclear agreement (5+1) between Iran and Western countries in June 2015 was a turning point for the United States of America, and in redrawing its strategy for the region. A new stage has begun, the stage of political settlements embodied in meetings held in Qatar with the participation of (the United States of America, Russia, and the Gulf Cooperation Council), through which Washington tried to reassure the Gulf states after the signing of the nuclear agreement with Iran that there was a real desire; To end the crises in the region, and that the agreement turns Iran into an important partner country in resolving the region’s crises. US Secretary of State John Kerry stressed that the Iranian nuclear agreement would enhance the security of the Gulf states, “and that dialogue is the best option regarding the Iranian nuclear file, and that America is committed to the security and stability of the Gulf region.” With reference to Iran’s involvement in restructuring the regional system, redrawing the Gulf regional system, including the terrorism file in Iraq, and considering the Gulf security strategy.

The GCC countries believed that Iraq, in the situation it has reached, represented a source of instability in the Gulf region, and might constitute a strategic depth for Iran that would affect the security of the GCC states. Perhaps, under the control of the terrorist organization ISIS over parts of its territory after 2014, Iraq may turn into a base for terrorism that threatens the GCC countries. Its danger may extend to its territory, as happened in some terrorist operations in Saudi Arabia and Kuwait in 2015, in addition to the presence of this organization in Yemen as well. There is a Gulf need to confront terrorism after the GCC states joined in combating it under the international coalition, emphasizing the importance of the political path to resolving crises in Iraq. Including the rebuilding of political institutions, the establishment of national reconciliation, and fears of the impact of the situation on it to pose risks to its unity and the division of its lands, and perhaps the transmission of its crises to the GCC states in the future.

While the most serious threat is perceived by Iran in the Gulf region, as it relates mainly to the security policies of the Gulf Cooperation Council, which rely on external protection and tend to disrupt Iran’s sense of security, and that the GCC countries’ dependence on the United States of America for its security constitutes a serious threat to Iran. With the withdrawal of US forces from Iraq and Afghanistan; However, Iran still has a position on the foreign presence in the Gulf, that it constitutes a threat to its national security.

Based on the foregoing, Arab-Arab differences allowed regional and international powers to interfere in Arab affairs, achieve their goals, or establish alliances with external powers that sometimes contradict Arab interests. Because of the tendency of Arab countries to act unilaterally in the face of threats to their security without Arab-Arab coordination.