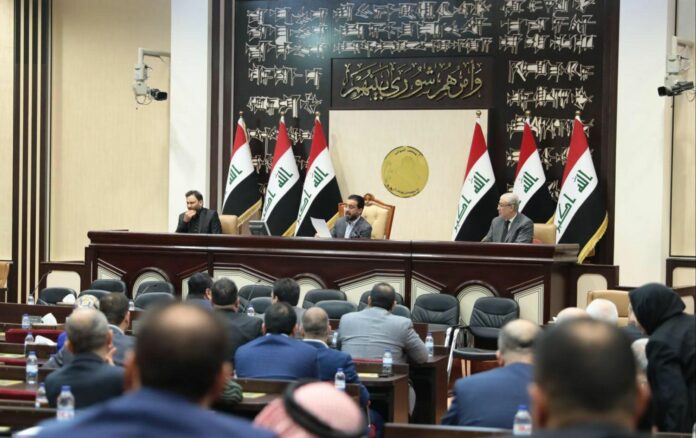 Hamid Redha Ibrahimi / Journalist specializing in the affairs of the Arab world and the Middle East
Introduction:
The 2021 elections have changed the compass of the political equation in Iraq to a large extent. As it turned the scales of decision-making in the favor of previously marginalized forces, bringing them to the frontlines, such as the Kurdistan Democratic Party (KDP), which returned to the fore strongly after being pushed back in the previous era. This was accompanied by the marginalization of some influential Shiite forces, which were pioneers in decision-making, such as: (The Wisdom Movement and Al-Fateh). This change in the political map came after the events of October 2019, as it completely changed the way key positions in building the Iraqi state were filled. Muhammad al-Halbousi was chosen as Speaker of the Council of Representatives this time without referring to the Shiite consensus, unlike previous sessions, this time it was limited to a relative consensus between the Sadrist movement, Sunni groups, and the Kurdistan Democratic Party. Although this coalition formed the political majority and was accepted by the international community, it is subject to two points that must be known and differentiated.
First: the marginalized political forces that seek to return to the spotlight and influence political decision-making as they were before.
The other: the political forces that believe that passing through the current political stage should not be at the expense of accepting any equation that is presented, and thus returning the forces known for corruption to the fore.
This will be the mainstay of the content in this article.
The Narrative:
Since the fall of the previous regime, the Kurdistan Democratic Party has relied on the Kurdish Union within the framework of the Iraqi political process for its tactics, and this matter is not hidden from anyone, as the party has been seeking the independence of Kurdistan in principle. However, his popular referendum movement, which led to its complete isolation regarding the fall of Kirkuk, and their forced withdrawal from the province, practically made them in a narrower category than they were previously until they lost the Ministry of Foreign Affairs portfolio in Baghdad. But after the events of October and the fall of the government of Adel Abdul-Mahdi, they were given the opportunity to re-emerge and restore their political grounds. Their first gain in the Al-Kadhimi government was to restore the Ministry of Foreign Affairs through their separatist candidate, Fouad Hussein. This angered the political circles and their objection to assuming the position of a separatist after they considered him far from the spirit of patriotism. The question that aroused their objection was, “How can a separatist defend Iraq’s right in diplomatic forums?” This problem is not without realism, as the question of the Kurdistan referendum should not be viewed as a passing tactical issue, belittling the event, and then allowing Barzani to regain his political power and influence again.