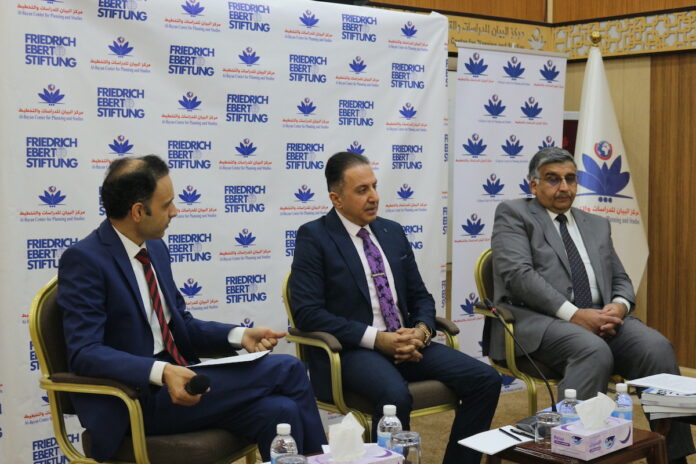 In partnership with the German Friedrich Ebert Foundation, Al-Bayan Center for Planning and Studies launched a new book representing a curriculum for schools of law and political science in Iraqi universities entitled: “An Introduction to Integrity and Combating Corruption in Iraqi Legislation and International Conventions.”

The launch of the new book came during a ceremony that included two dialogue sessions, during which specialists, stakeholders, academics, and representatives of civil society spoke.

Dr. Haidar Al-Emara, one of the authors of the book and President of Al-Bayan University, spoke about the contents of the new curriculum and its necessities, while the academic and former inspector general of the Ministry of Education, Mudhaffar Al-Mayahi referred to the necessity of education to consolidate the values ​​of integrity and combating corruption.

In their interventions, the attendees discussed the importance of school curricula and its amendment as one of the preventive mechanisms against financial and administrative corruption practices, as well as the need to rely on impartial and independent academic competencies in combating corruption or even in writing new legal texts.

Al-Bayan Center for Studies and Planning expresses its readiness to provide private and governmental colleges and universities wishing to teach the curriculum within the optional lessons, according to the instructions of the Ministry of Higher Education and Scientific Research. The center is willing to provide the required books according to the number of students, free of charge. 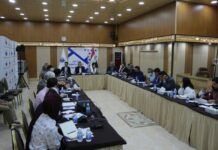 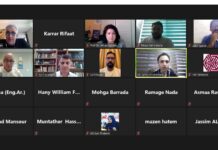