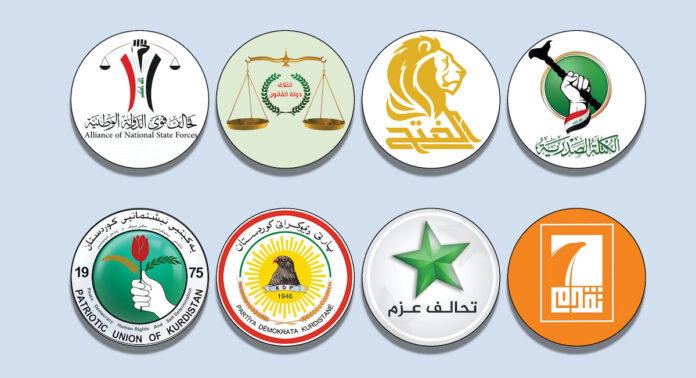 leaders and candidates from some alliances have claimed to gain 60 to 100 seats, this number of seats is not feasible under the new electoral law, which no longer allows large alliances to acquire as many seats as previously.

While recognizing that traditional political forces will remain at the forefront of the outcome, with their material capabilities, considerable electoral utility, and experience in dealing with the electoral environment, the division of governorates into multiple constituencies, as was the case in the Election Act No. 9 of 2020, under which the next elections will take place on the 10th of October 2021, may reduce the power of those forces, albeit relatively, to lose 10 to 15% of their impact.

The talk of losing influence does not mean that they will not be able to engage in government formation dialogues, but rather that they will be at the heart of those dialogues, notably because there are no signs that new Powers can compete politically after the elections with the old ones, as well as that some parties have drawn lists and candidates with other names before the elections, and will be reconciled after the results are announced. Although it is difficult to predict, the current data, comparing the strength of candidates in constituencies, leads to the expectation that eight coalitions will produce results, which will qualify them, or most of them will be eligible to engage in new government-forming dialogues, four of which will prevail in Baghdad, the Middle Euphrates, and the South and a part of Diyala is the Sadrist bloc, the Fatah Alliance, the State of Law Coalition and the Coalition of State Forces, while Takadum Alliance and Azem Alliance will lead the results of the northern and western governorates, in Kurdistan region, the Kurdistan Democratic Party and the Patriotic Union of Kurdistan will lead the results.