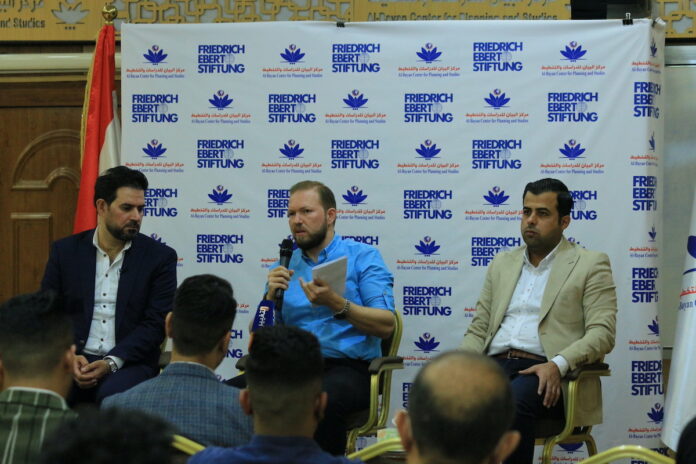 In partnership with the German foundation Friedrich Ebert Stiftung, Al-Bayan Center for Planning and Studies held a new symposium in a series of symposiums discussing the early elections to be held next October.

The symposium, entitled “Media Challenges and Public Opinion Trends regarding the Early Parliamentary Elections”, discussed how Iraqi media and public opinion trends should be used in the light of current data on the holding of elections.

The symposium hosted: Hussam Alhaj‏ is a Media specialist and legal scholar, and Mustafa Naser is the president of the press freedom advocacy association in Iraq.

“The media problem in Iraq is structural, as is the case in politics, and politicians have a high influence on the direction of the media. These media means are dealing with political issues in the country based on the interests of the Channel financier, as is the case when it is used with the subject of elections,” Alhaj‏ said. He added, “The financier has a network of relationships that are not subjected to thought or ideology but personal interests. If that interest requires a push for people to boycott or vote, the media will also be directed.”

He noted that “media professionals and journalists do not have legal safeguards to protect them from the abuse of Iraqi media financiers, and this, therefore, reflects on the transparency of the media attitude towards the elections.”

For his part, Naser said that “political will openly interfere with the independence of the media and may sometimes amount to manipulation of facts.” He continued, “journalistic associations make recommendations periodically, and if they are implemented, we will see an improvement in media life, but they are often put away.” 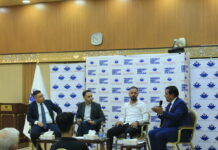 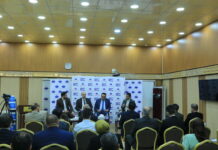 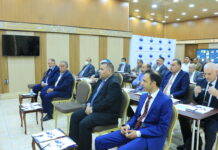