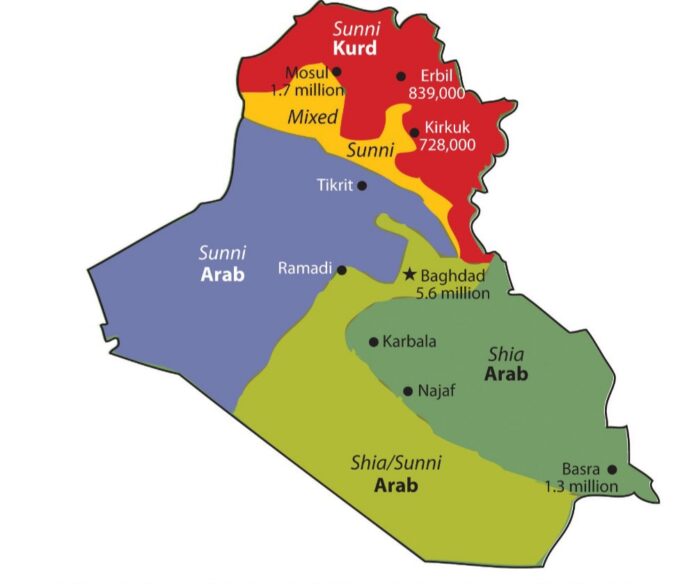 The cultural, political and religious matrix which evolved from the ancient Sumerian, Akkadian, Babylonian, Assyrian, Persian, Arab and Ottoman civilisations, amongst others, helped to make the Arabs the dominant race amongst the population of modern-day Iraq, followed by the Kurds and the Turkmen. The present-day demographics of Iraq are of a multi-ethnic, multi-religious and multi-sectarian nation, living together within the same geographical area.

The year 2003 is considered as one of the most significant years in Iraq’s modern political history, as following the fall of Saddam’s regime, the events of that year unleashed a ruinous set of domestic and regional crises which engulfed the whole country, and which persist to this day. These crises were dominated by nationalist, religious and sectarian strife, largely due to the pluralistic social structure of Iraq, with its multiple sects and ethnicities. Not to mention the fact that these crises were connected to and had their roots in neighbouring countries, and sometimes were even part of the security and social policies of these same countries.

The collapse of the old, Baathist, regime was not just a collapse in the political power structure in Iraq, it also resulted in an escalation of the ethnic challenges in Iraq. The social structure of Iraq is comparable to other social structures in neighbouring countries, such as Turkey, Iran, Syria and some of the Gulf countries, in other words, the same type of social mosaic.

Following the fall of the former regime, Iraqi society faced two major challenges internally: race, in the form of ethnic divisions between Arabs, Kurds, and Turkmen; and religion, in the form of religious divisions between Shiites, Sunnis, Christians, Yazidis, Shabak and other religions. From this rift, three ethnic and tribal groups appeared, the most important of them being: the Shiite Arabs, the Sunni Arabs and the Sunni Kurds.

The other important challenge facing Iraqi society today is its tribal and rural structure, which to date has failed either to adopt longstanding traditions or to acquire the mantle of modernity. It presents itself as a challenge and an obstacle in Iraqi society to the twin processes of building the state and society and adapting to the processes of development and advancement, especially after the fall of the previous regime.

The end result is that the Shiite, Sunni and Kurdish political parties in Iraq, whether individually or collectively, lack the will or commitment to put Iraq on the right track; to be ruled by values ​​and competencies, instead of being subjugated to identity politics and other similar political and sectarian considerations. Their role could forge for Iraq, in light of the current regional and international rivalries, a future based on clearly defined and effective strategic visions for the rebuilding of the country.

All that the Shiite forces have so far managed to achieve within the present government is a joint alliance (al-Binaa alliance) [1] in the parliamentary elections, securing 149 seats for themselves, out of a total of 329 seats. However, they still failed to have any real impact on the implementation of policies intended to salvage the country from its unending string of crises. Recent developments indicate that the country’s system of government may be closer to the brink of total collapse than many observers imagine or care to admit.

As for the Kurds, they face a very different kind of challenge altogether, namely federalism. The nature of the historical legacy of the Kurds; the course of regional and international events, especially after the defeat of ISIS; the Kurdish referendum on self-determination at the end of 2017; [2]the status of the Kurds in Syria after Turkey’s Operation Olive Branch in 2018, [3]and Operation Spring Peace in 2019; [4] all these events have left the Kurds of Iraq in a state of confusion and turmoil; to the extent that they have come to realise that their dream of forming a Kurdish state remains just that: a dream, and a distant one at that, at least for the time being. Moreover, they have no choice but to accept the current status quo, which strengthens the case for remaining citizens within the borders of the current Iraqi state.

Today, the Kurds of Iraq are mostly preoccupied with promoting their own interests and rights within the Kurdistan Region of Iraq. They may also seek, in one form or another, to expand the borders of the Region or increase its privileges, however, their influence on the current political balance of power is limited.

Finally, the Sunni groups also face a severe challenge from federalism, a system they consider to be wholly inappropriate for the reintegration of Arab Iraq. Historically, the Sunni Arab community has not adhered to an explicit sectarian identity. Instead, Arab nationalism was the preferred identity of Iraqi Sunnis especially in major provinces such as Mosul, Anbar, and the western desert regions. Arab nationalism was an ideal tool for concealing Sunni hegemony in previous regimes, and in the event that the political situation continues in its present form, the role of Sunni Arabs in determining the future of Iraq will remain limited and restricted. Special vested interests rule Iraq at the present time, and this is what we are witnessing right now on the political scene.

There is still a golden opportunity for the country’s ruling elites to forge an agreement between themselves at both the local/subnational and national levels, to coincide with the public’s increased sense of confidence in the system of governance and the performance of the ruling elites, as well as engendering greater civic participation and deeper involvement by civil society in the political and social structures. It can thus avoid being bogged down and stifled by the country’s harmful political environment. In this way, decentralization can bring Iraq closer to a consensual framework between the various political blocs by working to enhance accountability between the citizen and the government. The issue of accountability constituted one of the three main points which the World Bank considered weak and required reform. [5] As the World Bank report [6] stresses, enhancing accountability is important for better service delivery, as it strengthens the social contract between the citizen and the state.

Ultimately, it has to be said that Iraq’s current political landscape cannot be sustained within the region’s prevailing geopolitical tensions, and if the ruling political elites in Iraq are unable or incapable, or unwilling, to accommodate these challenges, particularly with the upcoming parliamentary elections, then nothing will ever change for Iraq, certainly not for the better.

[5] – FOREIGN AID AND DECENTRALIZATION: LIMITATIONS ON IMPACT IN AUTONOMY AND RESPONSIVENESS. https://onlinelibrary.wiley.com/doi/full/10.1002/pad.1691 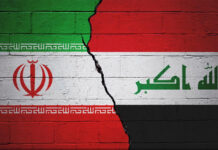 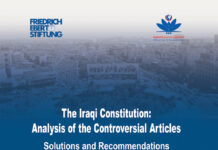