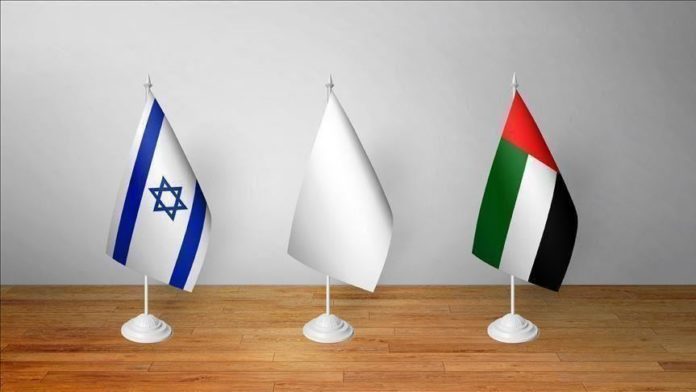 For many years, Israel was the first enemy of the Arab countries in general and to the Gulf states in particular. The periods of the Arab-Israeli conflict witnessed the participation of the Gulf states as parties that provide financial and military aid to other Arab countries. However, with the new geopolitical changes in the region, it seems that change in relations will be the prominent feature between the Gulf states and Israel, which means the opening of the path to normalization with Israel. It began with Egypt in 1979, then the PLO, the Oslo agreement in 1993, and the Jordanian peace agreement in Wadi Araba 1994.  Since that time, the relations have increased between the Arab Gulf states and Israel due to the increased amount of trade to the point that Israeli exports to the Gulf states exceeded one billion dollars[1].

During the period that followed Iraq’s invasion of Kuwait, the Gulf states were far from establishing public relations with the Israelis. However, the increase in tension between the Arab Gulf states and Iran, the lack of confidence of the Gulf states in the United States, and the nuclear agreement with Iraq has made the Gulf states consider Israel as a strong ally to face the Iranian threats.

After 2011, the Saudi-Emirati axis and Israel found the need for coordination and cooperation against Iran. This has provided a common ground for developing more security ties. They have recognized Israel’s strength as an ally that possesses nuclear power to confront Iranian expansion in the region[2]. This expansion posed a threat to the Gulf states, especially with the presence of an American administration under Barack Obama that was more inclined to the Iranians than to The Gulf. Obama was seen as a person who could not be trusted. The Gulf-Israeli alliance gained strength after Iran’s nuclear agreement in 2015, its expansion in Arab countries such as Yemen, Iraq, Lebanon, and Syria, and the regional threats it imposed on the Middle East. The agreement to normalize the Emirati-Israeli relations sparked reactions from the Gulf states and Iran alike, as the position of Bahrain and the Sultanate of Oman was supportive of this move. At the same time, Saudi Arabia, Qatar, and Kuwait officially remained silent. Therefore, those countries that desire normalization wants to form a cohesive regional bloc to confront Iran and its policies in the region[3].

The Gulf states see the Iranian threat as an existential threat to them and their regimes. In contrast, they do not see this in Israel, which deliberately sought to establish relations with them and not directly and threaten their thrones, as Iran declares. Iran rejected the normalization between the UAE and Israel. It considers this agreement as a threat. Indeed, Israel will invest its presence on the other side of the Gulf for espionage inside Iran, taking advantage of Iran’s closeness to the Emirates.

Iran has hinted at changing its policy towards the UAE even though the UAE is an important economic partner[4]. This issue heralds a profound change in the essence of relations between the two countries. Despite the tension and conflict over the UAE islands that Iran has controlled since 1971, the conflict has not reached dangerous levels. Therefore, with the increase in Iranian-Gulf tension, Iran believes that the Gulf states want to increase the containment policy against them to weaken Iran’s presence outside its borders, taking advantage of the policy of the United States under President Donald Trump, who is still imposing economic sanctions one after another against Iran, and the pressure exerted by Israel against Hezbollah in Lebanon. Iran feels that pressure. Therefore, it believes that the opening of a new confrontation line on the other side of the Gulf will increase its isolation, especially with the decline in the value of the Iranian currency, the collapse of the economy, and the eruption of widespread protests from time to time.

Iran believes that it can put pressure on the Gulf states by controlling the Strait of Hormuz, through which more than 70% of the ships loaded with oil pass, and with the naval maneuvers that it conducts in its territorial waters to show its power in that region.

It is possible to the Iranian escalation against the Gulf will increase in several areas, most notably: threatening the flow of oil in the Arab Gulf in light of the agreement between the UAE and Israel. Iran is likely to resort to an escalation in the Arab Gulf region, especially by imposing restrictions on the ships passing through the Gulf as a kind of provocation to the Arab Gulf states, and behind it the United States, which asserts that these actions by Iran are a threat[5].

Iran may notify the Arab Gulf states of their superiority in the navigation line in the region to send messages to all parties that even with Israel’s presence, Iran still has a strong influence and the ability to impose its will in the Gulf. It seems that other countries will follow in the footsteps of the UAE in normalizing the relations with Isreal. It seems that Bahrain and the Sultanate of Oman are the closest to normalizing ties with Israel. At the same time, Qatar wants to move away from the situation, especially with its relations with Hamas and Iran. Saudi Arabia is the most crucial goal for Israel. Still, it seems that Saudi-Israeli normalization in relationships is far away at present. Kuwait also seems far from the path of normalization through its permanent stances against Israel in the United Nations. Sudan appears to be one of the Arab countries that are likely to follow the UAE’s normalization path with Israel to become the second Arab country in Africa to have normalized relations with Israel after Egypt. Regarding Iraq, it is the most distant country from normalization. On the one hand, my people because both the government and the people reject establishing relations with Israel.

An important question arises: What will the Gulf states benefit from Israel in the light of the current conflict with Iraq? Undoubtedly, the Gulf states, especially the UAE, will benefit from the advanced Israeli intelligence and technology. They will try to obtain weapons prohibited by the United States, which will significantly affect the nature of the conflict with Iran. Iran will try to win the Qataris, after the blockade imposed on it by the UAE and Saudi Arabia. Still, previous experiences in the Gulf-Iranian conflict have proven that Qatar is closer to the Gulf axis. The United States, in turn, will work to maximize the process of normalization within the framework of the peace plan that it adopts to get more Arab and Gulf countries to start relations with Israel. All of this aims to strengthen the alliance against Iran. Iran will seek to improve its regional position in some countries that reject normalization with Israel from inside and outside the Arab region, especially Pakistan, Iraq, Syria, Lebanon, and Yemen.

The Arab Gulf states will cooperate with Israel to counter Iranian influence in Lebanon, as some see it, by containing Hezbollah and classifying it as a terrorist organization in preparation for any action directed against it. Israel has previously been accused of striking forces affiliated with Hezbollah in Syria and Lebanon. The Gulf-Israeli cooperation will also be reflected in Syria to exclude the Iranian and the Turkish influence, especially with Israel carrying out multiple airstrikes inside Syria, whether against Hezbollah, the Syrian regime forces, or the Iranian forces. After the UAE’s normalization with Israel, the Gulf states are also seeking to exploit the American side in obtaining advanced American air fighters or weapons that the Gulf states were not allowed to possess because they represented a threat to Israeli supremacy in the region. This will benefit the US arms companies that want permanent markets for their products, like the F-35 deal that the UAE is trying to obtain, especially after the normalization agreement.

The Israeli interests in normalizing relations with the UAE in the context of Iran’s conflict are many, especially with the Israeli fear of the Iranian presence on its borders in the Syrian Golan region. Therefore, in the end, it shares Iranian threats with the Arab Gulf states, and this will help open greater and broader horizons within the framework of cooperation between them to confront the Iranian threats. Therefore, Israel will benefit from the UAE’s site to spy on Iran or weaken its nuclear and military capabilities, especially missiles[6].

In conclusion, it seems that the regional variables resulting from the Emirati-Israeli normalization will not end at a specific moment. The possibility of starting future alliances, changing the policies of the Gulf countries in line with those changes in the region, and normalizing relations with Israel will be more evident in the future since more countries want to establish ties with Israel. 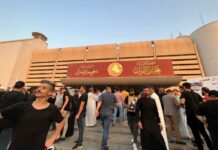 Political Crisis in Iraq: Is There Any Future Solutions on The Horizon?