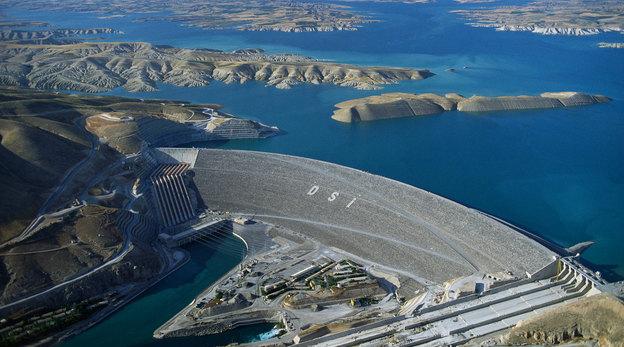 Throughout history, lakes and rivers have given rise to civilizations along their banks or near to their shores. In today’s world, boundaries between nations have been drawn based on political treaties or as a result of conflicts and wars which determined the present political and geographical map, and from which crystallized the international order to which States are bound to each other.

The Mesopotamian region has long been one of the most important sites for human civilization and the cradle of great civilizations spanning thousands of years. Its name “the land between two rivers” derives from the Tigris and Euphrates rivers. According to studies by historians and to archaeological discoveries, the oldest civilization in the world lies between the Tigris and Euphrates, where today tens of millions of people live. The Tigris and Euphrates rivers both rise from Turkey. The Euphrates originates from the eastern Anatolia Mountains of Turkey and flows into Syria, Iraq and eventually into the Persian Gulf region. This river is located in western Iraq and is formed by the confluence of the Karasu and Murat rivers in Turkey. These two latter rivers themselves rise near the Aras River in eastern Anatolia. At the confluence of the two rivers (the Karasu and Murat), the Euphrates approaches the Tigris, and then the Tigris rises again towards the southeast and the Euphrates flows westward until it meets the Tigris close to the Persian Gulf. The Tigris River rises from the southern foothills of the Taurus mountain range in eastern Turkey. After entering Iraq, it flows through major cities such as Mosul and Baghdad until it meets the Euphrates and flows into the Karun to form the Shatt al-Arab, finally draining into the Gulf region.

The Turkish Government, unfortunately, has an authoritarian and unilateral reading of the concept of sovereignty, claiming that just as oil belongs to the country in which it originates, the water courses originating from Turkey are also the property of Turkey.

Turkey is building a dam on the Tigris and Euphrates rivers named Ilisu. Iraq has voiced its objections but has lacked the means for exerting political pressure and is left relying on Turkey’s goodwill and assurances. Iraq’s Water quotas (water rights) do not reach parts of the Tigris and Euphrates, and it is the ordinary people who must bear the brunt of the ensuing consequences, including dust and sandstorms. Iraq protested in 2017, when it was already too late. Water diplomacy on the Iraqi side was neither strong nor effective in bringing about a resolution. Despite the increasing frequency of protests from the Iraqi side and from some other regional countries against the construction of the Ilisu Dam, Turkey has nevertheless not backed down from its projects to build dams on the Tigris and Euphrates.

Protests by Iraq and some international organisations against the Ilisu Dam

Despite protests from Iraq and some international organisations and environmental activists, Turkey has, according to a number of international media outlets, announced that the dam has been filled with water.

According to a Reuters report, citing a member of the Turkish parliament and some Turkish activists, Satellite images from the last two weeks show that the dam has begun to fill with water.[1]

At a time when Iraq’s efforts do not appear to have produced anything positive, Reuters have reported that the filling of the dam was delayed by a year as a result of protests from Iraq. Iraqi officials have stated that the Ilisu Dam will cause a water shortage crisis in Iraq.[2]

In 1989, the Turkish government launched its South-eastern Anatolia Project (Turkish: Güneydoğu Anadolu Projesi or GAP)[3]and commissioned the building of a large dam on the Euphrates River called the Ataturk Dam. The construction of the dam was instrumental in causing dust storms and the spread of desertification in Iraq. This dilemma was further exacerbated for neighbouring countries when Turkey decided in 2006 to build the Ilisu Dam on the Tigris River, which reduced by 60% the volume of water flowing into Iraq. The construction of this dam, which equals the combined size of all Iraqi dams, will divert 56% of all the water flowing into Iraq. This will in all likelihood result in the emergence of desertification and drought in Iraq.

According to Turkey’s water policy, this dam was supposed to be opened in 2019, and the extensive process of filling it with water over recent days has proved Turkey’s determination to implement its water projects.

At the international level, there are no precise, integrated treaties and controls on the use of shared watercourses between countries.

Turkey, like China and Israel, is one of the countries that have not acceded to the 1997 United Nations Convention on the Non-Navigational Uses of International Watercourses[4], the only international convention dealing with transboundary freshwater courses in the world. Article V of this Convention obliges states that possess freshwater and groundwater to conserve it and that riparian states in their respective territories benefit from the transboundary watercourse in an equitable, reasonable and optimum manner.

Meanwhile, Article VII of this Convention obliges each riparian State of a transboundary watercourse system, when making use of a watercourse within their territory, to take all the appropriate measures to avoid causing “significant harm” to other riparian’s.

Since the dam is located close to the south-eastern border of Turkey, and its construction on the Tigris river as it descends into Iraq will have a detrimental impact on the environment in Iraq, the construction of this dam requires obtaining not only international legal approvals and permits but must also secure Iraq’s  agreement and those of other neighbouring countries. Notwithstanding, Turkey went ahead with building the dam and completed the project without obtaining the necessary legal approvals from the international community.

Dust and sandstorms worsen in western and southern Iraq

The prevailing view in recent years has been that 50% to 75% of the dust and sandstorms inside Iraq were caused by external factors. However, now is the time to acknowledge that the Ilisu Dam will soon become a serious dilemma. The destruction of Iraqi agricultural land in areas along the banks of the Tigris is the beginning of an environmental catastrophe for the country, and it will be more complex than in the past. Environmental activists working on the conservation of Iraq’s marshes have already warned that the Ilisu dam will create insoluble problems for Iraq and its neighbouring countries. The drying up of large numbers of marshes, such as the Hawizeh Marshe, is the result of the first phase of the process of filling up the Ilisu Dam with water.[5]

Based on the current situation, Iraq and some of its neighbouring countries will be directly affected by the consequences of the Ilisu Dam. These countries have protested this issue. The Turkish response was limited to providing some assurances to neighbouring countries. At the time, Fatih Yildiz, the Turkish ambassador to Baghdad, announced at a press conference that starting the process of filling the Ilisu Dam with water does not mean cutting off water to Iraq.[6]He added that an important part of the river is still flowing into Iraq unhindered. Yildiz also stressed that the construction of the Ilisu Dam is not for agricultural use, and that its purpose is to produce hydroelectric power and that the waters for this dam are intended for electricity production projects.[7]

Despite the fact that Turkey has provided such assurances, environmental activists in many countries in the region remain concerned about the negative environmental impact of the Ilisu Dam.

If diplomatic solutions fail, international conventions such as the Paris Agreement (on climate); climate change treaties; The United Nations Convention to Combat Desertification in those countries experiencing serious drought and/or desertification; the Marshes Convention and the Montreal Protocol (on substances that deplete the ozone layer) form the bedrock of international legal protection that maybe called on to stand up against the Ilisu Dam project.

These international treaties and conventions oblige countries in southwest Asia (such as Turkey, Syria, Iran, and Saudi Arabia) to observe a range of obligations. The obligations under these treaties call for the formulation of development programmes in a manner that do not result in destruction for the region.

It is open to Iraq’s Foreign Ministry to request compliance with these commitments and treaties through the United Nations and the International Court. Iraq is facing the greatest environmental threat in its history. In addition to the diplomatic solutions pursued by the Ministry for Foreign Affairs, ordinary citizens can also engage in civic and peaceful activities aimed at consolidating the idea of the continuity of life and sustainable development; to galvanise public opinion and conduct media campaigns and to sign an open petition and send messages to the UN Secretary-General to voice their protest.

4-12. Convention on the Law of the Non-Navigational Uses of International WatercoursesNew York, 21 May 1997-  https://treaties.un.org/pages/viewdetails.aspx?src=ind&mtdsg_no=xxvii-12&chapter=27&lang=en 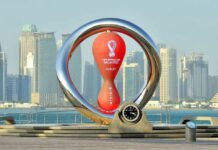