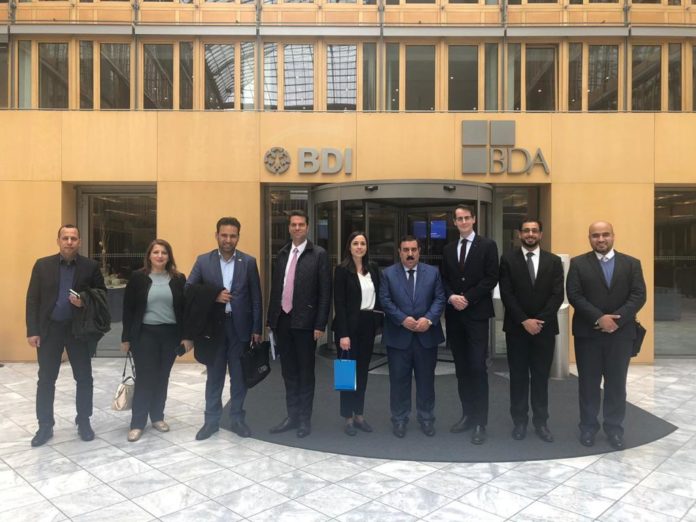 Within the framework of enhancing the external and influential role played by research and study centres, al-Bayan Centre for Planning and Studies participated in a programme of economic and political dialogue over the period 12th– 18thMay, 2019 in the Federal Republic of Germany as part of a high-level official delegation, in cooperation with Germany’s Konrad Adenauer Stiftung (Foundation).

The programme included a visit to a number of official German government institutions: the Federal Parliament, the Office of the Federal Chancellery and the Federal Foreign Office; and to have a look at how laws were made and enforced in practice, and the possible ways and means of transferring Germany’s legislative experience to Iraq.

The programme also included visits to the House of the German Economy in the centre of Berlin and the headquarters of Airbus, the aircraft manufacturer, where the contracts signed with the Iraqi side to provide a new batch of aircraft were viewed.

In view of the importance of German-Iraqi relations within the framework of international cooperation, the visiting delegation briefed the official German institutions on the political situation in Iraq; the process of completing the formation of the government; maintaining and preserving the military victory over Dae’sh and the capacity for rebuilding the infrastructure in the liberated areas and the efforts being made towards providing job opportunities in these areas to the unemployed.

For their part, the German side focused on economic relations with Iraq, an issue currently at the core of Germany’s interests, and the efforts involved in the reconstruction work, especially in the energy sector in light of the memorandum of understanding recently signed between Iraq and the German company Siemens. There was also the subject of the German government’s support to German companies by way of guarantees to encourage them to enter the Iraqi market and to invest in it.

At the conclusion of the programme, the German side stressed the need to preserve the foreign policy gains recently made by Iraq, as well as maintaining balanced relations with other countries around world, and to focus on the potential challenges facing Iraq in the event of an escalation in the conflict between the United States and Iran, which will cast a shadow over the Middle East region in general.

It is worth mentioning that this was the third such event that al-Bayan Centre has become involved with the Konrad Adenauer Stiftung (Foundation) in Germany, all part of enhancing the role played by research centres in arranging programmes of this nature to facilitate the exchange of views and the transfer of successful experiences at the political and economic levels between the two countries. 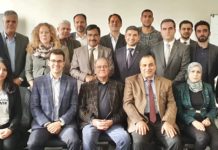 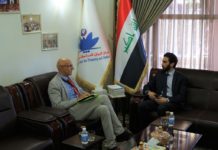 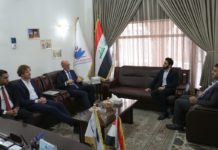