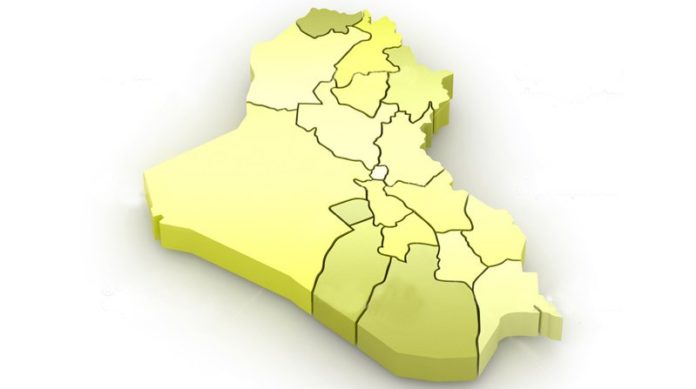 The Iraqi Constitution provides a broad mandate for local governments to exercise a range of powers, except those that are exclusive to the federal government, as well as prioritizing local government legislation over national ones. However, their performance is lacking and they have not fully realized their powers, therefore, they should be reformed by reconfiguring the institutional design of local governments to ensure an accountable, representative, and efficient framework. Such reform is a prerequisite for any meaningful economic and social change in Iraq.

The current state of the play

Given the rise of Daesh and its ramifications, policymakers were incentivized to push decentralization further in 2015, a concept originally enshrined in the 2005 Iraqi Constitution, however, hasty decisions coupled with poor implementation exacerbated problems, rather than resolving them, as evident in the case of Basra in late 2018, where financial transfers were not made despite being allocated, and problems including water shortages, power cuts, and tribal disputes were exacerbated, triggering popular unrest that put the legitimacy of the post-2003 system at stake.

The Iraqi model of decentralization took the form of devolving the powers of 8 ministries to provincial governments. However, the devolved administrative powers were not matched by fiscal powers such as localized forms of revenue generation. It also led to an exponential increase in the number of employees under local authority, for example, the payroll of Baghdad governorate expanded from 90,000 to 325,000 employees.

Furthermore, the existing institutions are designed in a way that perpetuates the power of party leaders. For example, provincial councils, the recipients of devolved powers, are elected based on an open list proportional representation system and very large electoral districts, which enables parties to secure the success of some of their mid-level members by mobilizing their patronage networks, as well as listing several popular tribal faces, academics, and activists to collect votes. This does not push candidates to accommodate the needs of all constituents, rather relying on party patronage networks. This accounts for the fact that members of provincial councils are beholden to their party leaders more than their constituents.

The fragmented scene of political parties, the absence of a formal electoral threshold, and the vast number of fielded candidates (double the number of seats in a given province), enables a relatively high number of political parties to occupy seats in provincial councils, which makes these councils highly unstable, affecting their capacity to fulfil their duties,as demonstrated in the low execution rate of budgets even during times of stability, reaching an average of 57% in 2011.

A review of the decentralization process is a must and should start by reforming the institutional design with the aim of bringing the decision-making process closer to people, and away from party leaders. This could be done by devolving powers to districts, consolidating their accountability, and enhancing their performance.

There are more than 130 districts in Iraq of about the same size, in contrast to the current 19 provinces, which range from around one million to eight million in population. Also, districts are more responsive to demographic changes, as the creation of new districts is not controversial and procedural by meeting certain conditions, in contrast to the creation of new provinces, which is highly politicized and much more complicated, given that the distribution of ethno-sectarian identities match the geographic boundaries of most provinces. For example, incorporating al-Nukhayb district (currently part of Anbar province) into Karbala province will change the demographics of Karbala, thus, any attempt to change the border of provinces would be understood as an attempt to change demographics.  Also, districts are more homogenous than provinces where different centers of powers compete for imposing conflicting agendas, leading to unstable councils. Furthermore, it helps to bring the decision-making process even closer to the people, which is the essence of decentralization.

The Indonesian model of decentralization is regarded as one of the most successful among developing countries, where powers are devolved to districts. Each district has its own local government and legislative council, and these governments are led by a head and a deputy that are directly elected by the people in a given district. Together they run the local government based on the policies passed or endorsed by the legislative council. The latter has legislative, budgeting and oversight functions and operates like a regular parliament.

The adoption of such an institutional framework would increase the number of districts and lead to stable local governments, given the homogeneity of districts; it would demobilize ethno-sectarian identities, as competition is among districts that share similar ethno-sectarian identities; and it would prioritize service delivery, as people can vote with their feet by moving to districts that offer better services; and it would enhance accountability, as small electoral districts pressure candidates to accommodate the needs of most if not all of their district’s constituents. However, the transfer of powers should be accompanied by adequate financing to close the fiscal gap and empower districts to utilize devolved powers.

To sum up, the popular dissatisfaction with the current institutional design, as demonstrated by the low turnout and the frequent summer demonstrations, has already pushed political party leaders to call for reforms at least rhetorically, if such calls were to materialize, it is better to start with reforming the institutional framework. The localization of politics in Indonesia transitioned the country from being on the verge of partition to relative stability and high growth. Adopting the proposed institutional reforms would have major social advantages, such as empowering citizens to punish representatives who fail to deliver; pressure political parties to accommodate the needs of constituents rather than relying on patronage networks; and demobilize ethno-sectarian identities. It also has major economic advantages, such as incentivizing local government to ease bureaucratic procedures to attract investment, as shown with the Indonesian experience.