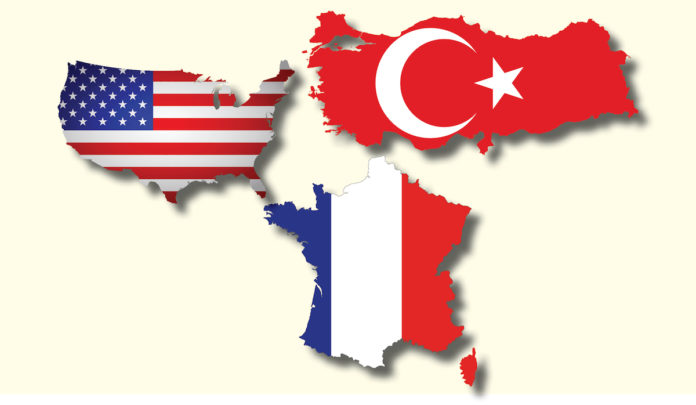 World politics today are going through a stage of upheaval. In many countries, parties that have ruled for years and even decades are being replaced by new parties that often push an alternative and, sometimes, anti-establishment agenda. Other times, established parties have fielded candidates that nevertheless bucked established trends, capturing the minds and imaginations of the voters in the process.

Turkey: The Justice and Development Party

The Justice and Development Party (Adalet ve Kalkınma Partisi (AKP)) is a relatively new political party, having been founded in 2001 and subsequently winning its first elections in 2002. The party has since steadily increased its electoral majority, experiencing dips only in the elections of June 2015 (which was recovered in the November 2015 elections) and June 2018 (where it retained bloc majority). As of 2018, it has some 10 million members.

The party’s ability to maintain electoral successes despite numerous crises and periods of economic or foreign policy troubles has been held as a remarkable example of resilience in a country where political parties have been known to emerge and fade away rapidly. Much of the success has been attributed to the charismatic persona of its founder, Recep Tayyip Erdoğan. Indeed, the political discourse of the Turkish Opposition frequently painted Erdoğan’s supporters as gullible or ignorant for continuing to vote for him. However, it should be noted that Erdoğan’s success, as well as the grassroots movements that propelled him to leadership and kept him there, have a much longer history.

The movement corresponds roughly to the Muslim conservative and, oftentimes, rural population of Turkey. The secular and Western-looking policies of the country’s founder, Mustafa Kemal Atatürk, often didn’t resonate with this demographic, compelling supporters to vote for parties alternative to Atatürk’s Republican People’s Party (Cumhuriyet Halk Partisi (CHP)). Such parties, starting with the now-defunct Democrat Party, were often subject to legal pressure from the Turkish Army (which regarded itself as the defender of secularism) or were outright banned. These periods of suppression prevented the movement from gaining political power but also gave it a self-identity and a persecution narrative that Erdoğan would go on to utilise.

The movement also found itself more political room to operate in the aftermath of the political violence of the 1970s and 1980s. This period was characterised by escalating attacks between socialist-communists and the nationalists, resulting in authorities and, later, the Turkish military, in cracking down on both sides. The proto-Islamist civil society emerged relatively unscathed and grew even as the rest grew politically apathetic. In effect the Islamist civil society in Turkey came to fill a vacuum left by other political groups.